TORONTO - November 10, 2011: Six films were selected by the celebrity jury and if you missed last night's free screening, then you missed being wowed by the level of talent in the next generation of filmmakers in this country. While only three took home prizes, all of the films had their own merits, and that's what I heard from many others in the crowd as well. 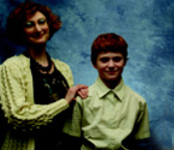 Lie Down and Die (7 min)
Kyle Sanderson
An existential comedy that pairs a poetic voiceover and soulful actor with absurd scenes of all his relatives dying unnatural deaths from murder and random abduction to dysfunctional blenders. (I recognize the actress who plays his mother!) It was genuinely funny. 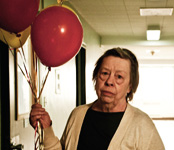 There's a 100th birthday party at an old folk's home, but the kindly young nurse has to break the news to the party planner that the birthday girl has died the night before. This is nice visual storytelling - the greenish institutional hallways, the weathered and endearing faces and features of the residents bring a lot of depth, and the film is held down by strong acting all around. Made by participants of the Altantic Film Coop in Halifax.

Basic Space (4 min)
Carrie Mombourquette
This interesting and innovative stop motion animation comes from the 2011 graduating class (in animation natch) of the Emily Carr Institute. Everything in the whimsical story is made of paper; it's an apartment, and 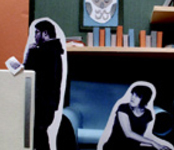 the characters actors were filmed and then "play" on pieces of paper - a kind of animation origami at times that's hard to explain.

Truman's World (15 min)
Andrew Korogy
Truman Klaver is both star and subject of this mini-documentary. Articulate and charismatic, Truman is also an 8-year old kid with Aspergers Syndrome, a social disorder. He's amazing at math and spatial reasoning, but can't at all relate to or understand the people around him, and when it comes to understanding his own condition he's wise beyond his years. It's a well made little film that gives us a real glimpse and what felt like genuine insight into Truman's unique character. 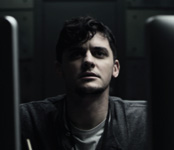 This clever film was based on a sci-fi premise - they've made contact lenses into a social media device that can receive and broadcast just what the wearer sees. Naturally our voyeuristic society has in turn made it into a media-hyped public internet stream. The story follows a young editor's mental unravelling over his growing obsession with the network's star couple, an attractive pair whose love lives are followed by millions. It manages to tell quite a bit of story in the short format and does so with a surrealistic flair and poetic camera work. 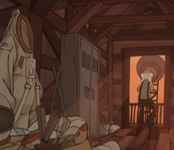 A Starry Night (3 min)
Timothy Chan
Sheridan College grad Timothy Chan won with a cute and nicely drawn animated story about an astronomer's skirmishes with the cloud that's obscuring his view. It was imaginative and the story was clever, and the film as a whole displayed a level of old school artistry that was certainly what tipped the scales in his favour.