This year, we welcome companies and artists from France, the United States, England, Brazil and Canada that promise the intimate, introspective and visceral live experience you crave. And we're offering a deal you won't want to pass up! With a Flex Pass, get four tickets to any shows for just $110! That's a savings of up to 50%. The perfect gift for the holiday season.

But act fast! The World Stage Flex Pass is only available until December 31, 2011.

What shows are you planning to see?
Season Lineup 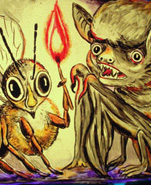 Everything Under the Moon (Canada)
A Harbourfront Centre Fresh Ground new work
In association with The Power Plant
February 18-23, 2012
Two of Canada's most acclaimed artists, Shary Boyle and Christine Fellows, create a magical live projection experience that tells the story of two small, winged creatures on an urgent journey to save themselves. A spellbinding performance that will enchant children five to 105. 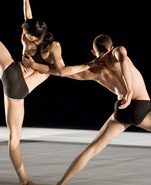 February 28-March 3, 2012
Ten dancers execute a startling spectacle that fuses dance and technology against a breathtaking backdrop. Featuring music by Coldplay and Massive Attack collaborator Jon Hopkins, Entity offers a revolutionary vision for dance audiences from one of the world's most celebrated choreographers.

The Wooster Group's Version of
Tennessee Williams' Vieux Carré (United States)
March 28-31, 2012
One of Williams' last, elegiac plays boldly re-imagined by the most influential and experimental theatre company in the past 30 years. This radical – yet textually faithful – interpretation of Williams' autobiographical play seethes with sexual and creative awakening, desire 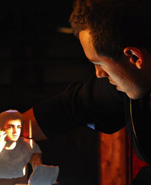 Ajax & Little Iliad (Canada)
Co-produced by Harbourfront Centre
April 4-8, 2012
Ajax & Little Iliad turn the ancient stories of Sophocles' Trojan War tragedies into a potent reflection on the relationship between soldiers and storytellers in modern war and contemporary artmaking. Evan Webber and Frank Cox-O'Connell set out to define 'theatre of war' expressly for the civilian population – and to challenge everything about theatre's communitarian origins 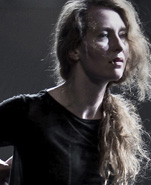 The Dietrich Group (Canada)
April 25-28, 2012
D.A. Hoskins uses dance as the material for visual art in Paris1994/Gallery, a moving work by this provocative Toronto company. This triple Dora-Award-nominated show takes the physicality of dance into an installation of interactive play where two lovers move from the lull of their shared history to the immediacy 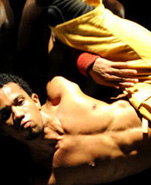 of the present in a rumination of longing, desire and our reconstructed pasts.

Compagnie Käfig (France/Brazil)
May 2-5, 2012
Hip hop prodigy Mourad Merzouki brings France and Brazil together to create poetic urban dance with exuberant and explosive power. Agwa takes place between tight corridors of little cups of water. Correria is a stylized endurance piece that lunges into a whirlwind of the frenzied modern world. 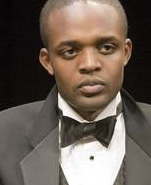 THE SHIPMENT (United States)
May 9-12, 2012
Young Jean Lee dissects what it means to be black in America in this hilarious and shocking play. Brazenly theatrical and transcendentally lyrical, THE SHIPMENT moves from the urban dreams of would-be rappers to the opulence of cocktail parties.
harbourfront toronto performing arts toronto dance scene toronto theatre scene world stage