Italian composer and pianist Ludovico Einaudi has released chart-topping albums, sold out a succession of tours in the world’s most prestigious concert halls, and composed award-winning films and television scores. His music transcends traditional boundaries between genres and is notable both for attracting large and diverse audiences. For his Toronto debut, Einaudi will will be joined by German brothers Robert Lippok (electronics) and Ronald Lippock (drums) on November 10th as project Whitetree. In Montreal, he will perform his original repertoire on solo piano on November 12th.

Over Einaudi's career he has sold over 1 million copies in just 10 European countries, has composed many film soundtracks, and continues to play sold out world tours. Also worth noting: Einaudi is the first classical composer to break in the top position of the UK Pop Radio Chart and Pop Sales Chart. His latest album Divenire ("Becoming") was originally released in 2008 and has earned Gold sales in Italy and UK.  It was released in Canada on October 25th. 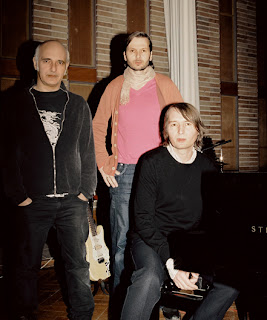 Part of the Pop Avant Series
Classical and electronic music finally make the long-awaited handshake
Co-presented by the Goethe-Institut Toronto, the Istituto Italiano di Cultura and the Music Gallery

In collaboration with our friends at the the Goethe Institut Toronto and the Istituto Italiano di Cultura, the Music Gallery is proud to present the Canadian debut of Italian / German trio Whitetree. This acoustic / electronic collaboration unites the multiple talents of widely acclaimed Italian pianist/composer Ludovico Einaudi and the Lippok brothers from Germany, Ronald and Robert, who record together as To Rococo Rot. Whitetree marks an important contribution to the century-old search for the merging of classical and electronic music.

Their brilliant debut album Cloudland may not be the first effort to merge electronics with classical music, yet it brings across a playfulness, a looseness and broadness which makes their music something unique. The reasons are obvious: The Lippoks are not your typical electronic music composers. Nor is Ludovico Einaudi your average classical composer. Berliners the Lippoks have not only recorded an impressive yet diverse catalogue, mixing band-based tracks with all sorts of electronic sounds. Their projects also always benefited 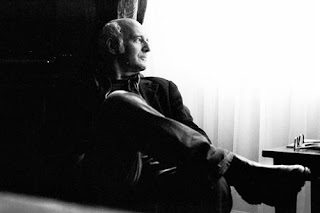 from Ronald Lippok's unique style of drumming, giving their music a lush, yet powerful and almost sequenced feel. In fact, it was the style of drumming which got the ball rolling in the first place, when Einaudi attended a show of To Rococo Rot in Milan.

No stranger to electronic music, Einaudi has drawn inspiration from tape manipulations, experiments of all sorts and special piano treatments. While all Whitetree members found their individual styles and voices to articulate their musical visions, it is this collaboration which brings all their seperately developed talents together in a dense, unexpected collection of songs.