"I'm not comfortable making comfortable music," says trumpeter/composer Tim Hagans. "This is the ideal band for me to create a kind of spontaneous combustion of raw energy that is nonetheless melodically 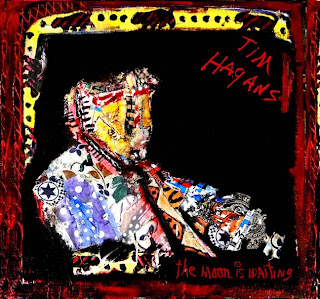 unified. That might sound like a contradiction, but all my music is tightly structured to allow for the wildest playing possible."

I can't really think of a better description of the music in this intriguing CD from the Swedish musician and composer. Three time Grammy nominated (including a 2011 nod for Best Instrumental Composition) Tim Hagans just formed this quartet and The Moon is Waiting is their first recording. The other members are Rufus Reid on bass, Finnish drummer Jukkis Uotila and guitarist Vic Juris. The focus on a smaller ensemble is a new one for the man who was Artistic Director of Sweden's Norrbotton Big Band for 15 years. Hagans also composes and performs with the Michele Brangwen Dance Ensemble - the company uses only live original music and the musicians become part of the staging. The CD was recorded at Maggie’s Farm by Matt Balitsaris.

Impressions - he balances a singing trumpet line over a bumpy poly-rhythm section in songs that are melodic with dissonant sections. The trumpet lines are agile, sometimes trippy but always with a purpose. I like the dramatic and bluesy sound of the second track, (The Moon is Waiting,) where the trumpet screams like a banshee. At times the sound is busy and insistent, abstract and avant-garde, and some tracks are more 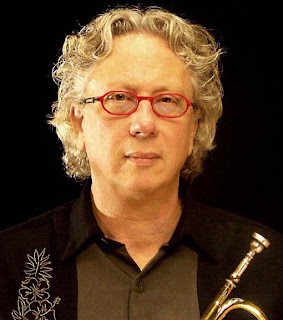 conventional sounding - at least in parts. It's moody late night material with a kind of silvery quality to the sound.

Track Listing:
1 Ornette's Waking Dream Of A Woman
2 The Moon Is Waiting
3 Get Outside
4 First Jazz
5 Boo
6 What I'll Tell Her Later Tonight
7 Wailing Trees
8 Things Happen In A Convertible