OCTOBER 26, 2011—New York, New York—Joe’s Pub at The Public Theater is honored and privileged to bring to its stage this November New York Voices, a series that presents critically acclaimed

artists debuting original works, commissioned by Joe’s Pub as part of its first ever grant from the National Endowment for the Arts.  Joe’s Pub, recently reopened after a top to bottom renovation, has been a staple of the East Village arts scene for 13 years and has become a favorite venue for both performers and audience members alike.

"There are rooms that are classy and rooms that sound amazing,” says New York Voices performer and Brooklyn native Ethan Lipton, “and then there are rooms that inspire you to risk looking ridiculous in pursuit of the sublime.  But there's only one room I know of that does all three, and that's Joe's Pub.  We're honored to be a one of its ‘New York Voices,’ and to be part of this incredible series."

Blending the talents of performers from both Joe’s Pub and The Public Theater, New York Voices will create one of a kind theatrical experiences that celebrate the diversity of New York’s thriving artist community and their audiences.

“As live shows become the center of the music business,” says Joe’s Pub Director, Shanta Thake, “it’s our responsibility as music curators and producers to re-invent what it means to stage a live concert experience.  As it is our first NEA grant ever, we’ve specifically chosen these five critically acclaimed artists, all of whom have incredibly diverse audiences and aesthetics. It’s thrilling to see them explore new ways of storytelling 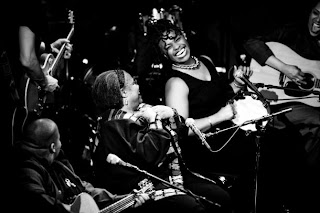 that will no doubt impact the way we as audience members experience live musical performance, and consequently expose them to even larger audiences.”

“I feel it an honor and a privilege to be a participant in Joe's Pub’s first commissioning program supported by the National Endowment for the Arts, a superb marriage,” says New Orleans native and music legend, Allen Toussaint.  “Performing at Joe’s Pub has been and continues to be a unique pleasure.  And especially knowing how selective they are about their entertainment roster. The Pub has a just-right feeling I believe for the audience as well as the entertainers.”

On performing with Toshi Reagon, Director Lear deBessonet says, “With the New York Voices program, we are able to build on the natural theatricality of Toshi's work and try something really new.  As a theatre director who works a lot with musicians, it's exciting to be part of a process where the origin of the piece really is the musician and her unique voice.” 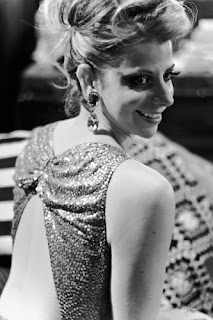 Says Director Jo Bonney on collaborating with Angelique Kidjo, “One of the exciting things about collaborating with Angelique on this commission is the opportunity to explore with her the amazing history, rituals, characters and songs of Benin and, eventually, creating an ensemble piece that conveys the passion and heart and humor that people are already familiar with from her songs and performances.”

Adds Angelique Kidjo, "It means so much for me to be able to expand my voice from music to storytelling and evoke the spirit of Benin, my beloved country in the heart of New York."

Lady Rizo, a longtime performer at Joe’s Pub adds, “With the support of the New York Voices series and guidance of the incredibly patient, passionate and focused Niegel Smith I have been able to have a tangible collaborative evolutionary process.  Writing so many songs (in collaboration with Yair Evnine) has been a frightening and wonderful challenge and I am so thrilled to share the work with an audience.” 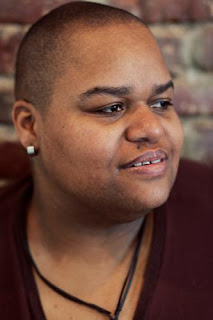 Toshi Reagon with Playwright Winter Miller and Director Lear deBesonnet: Lines
November 7 at 7:00pm - $20
Lines is a collaboration conceived by Singer, Musician, and Composer Toshi Reagon in development with Playwright Winter Miller (In Darfur, The Penetration Play,) and Director Lear deBesonnet (On The Levee).  Toshi Reagon has been described as “a talented, versatile singer, songwriter and musician with a profound ear for sonic Americana—from folk to funk, from blues to rock” by critic/blogger Eva Yaa Asantewaa (InfiniteBody). “She masters each of these genres with vocal strategies that easily spiral and swoop from the expressively sinuous to the hard-charging, a combination of warmth and mischief.” While her expansive career has landed her comfortably in residence at Carnegie Hall, the Paris Opera House and Madison Square Garden, you can just as easily find Toshi turning out a music festival, intimate venue or local club.  Toshi finds home on any musical stage. 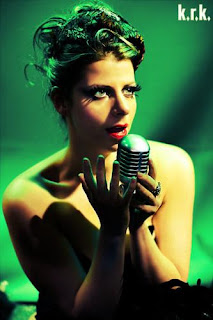 Lady Rizo with Director Niegel Smith: Ordained
November 11, 16 & 18 at 9:30pm - $15 advance / $20 door
Lady Rizo has recently been ordained by the Temple of Glitter. Aggressively feminine and possessing a distinct absence of inhibition, she will lead you in a night praising the power of song, giggles, madness and glamorous glances in this new collaboration with director Niegel Smith (Associate Director, FELA!).  The 'Cabaret Superstar' (New York Magazine), comedienne and chanteuse revives the genre by creating vintage arrangements & theatrical explorations of pop songs from every decade. Lady Rizo (nee Amelia Zirin-Brown) co-created the cult caburlesque spectacular Lady Rizo & the Assettes in 2005 and has been in residence with Joe's Pub with her sold out monthly show for over two years. She has collaborated on albums with Moby and Yo Yo Ma; and in 2010 won her first Grammy on an album with the acclaimed cellist. She is the Mistress of Ceremonies for current hotspot The Darby, a decadent modern supperclub in the West Village. 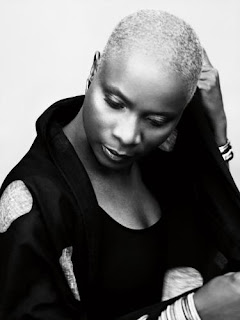 Angelique Kidjo with Director Jo Bonney
November 17 at 9:30pm & November 18 at 7:00pm
Angelique Kidjo along with Director Jo Bonney will revisit the legends and tales of Angelique’s childhood with a poignant perspective on the history of her native country.  This will be the first opportunity to see this work-in-progress as part of the Joe’s Pub New York Voices series.  Born in Benin (West Africa), Angelique Kidjo is a Grammy award-winning music recording artist deemed "Africa's premier diva" by Time Magazine. Kidjo's internationally acclaimed repertoire includes collaborations with various recording artists such as Carlos Santana, Peter Gabriel, Alicia Keys, Josh Groban, Branford Marsalis, Joss Stone, and many more. Known for her dynamic and uplifting music, she has translated her distinctive work in the arts to that of philanthropy; by promoting education for girls in Africa through her foundation, Batonga and as a UNICEF Goodwill ambassador Kidjo travels the world to inspire and empower. 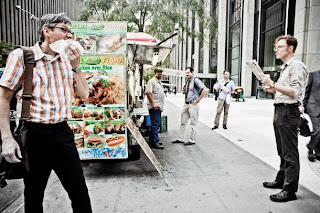 Ethan Lipton & His Orchestra: No Place to Go
November 10-12 at 7:00pm - $15
Ethan Lipton & his Orchestra (“Best Lounge Act,” New York Magazine) present an irreverent song cycle about the demise of a local workplace and the diminishing returns of the American dream.  Ethan Lipton & his orchestra play an edgy brand of jazz/folk/alternative nosh with a chewy singer-songwriter center. With melancholy wit and a cockeyed worldview, sepia-toned frontman Lipton and band mates Eben Levy (guitar), Ian Riggs (bass) and Vito Dieterle (sax) deliver songs steeped in mixed-message sincerity and soul. The band has appeared at Celebrate Brooklyn, MASS MOCA, Bryant Park, the Camden Opera House, Tangier (LA), Vermont Arts Exchange, and has been featured on NPR and radio stations around the country.  As a playwright, Lipton's work has been produced in New York, LA, Edinburgh (Scotland) and Berne (Austria). 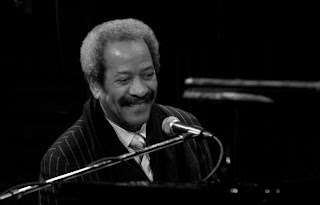 Allen Toussaint: A Southern Night
November 20 at 12pm (noon) / November 21-23 at 7:00pm
$15 children under 12 (11/20 show only) / $30 adults
One of America’s greatest musical treasures, Allen Toussaint presents A Southern Night featuring songs from the album as well as songs that relate to the Toussaint Family.  A singer, pianist, songwriter, arranger and producer — the New Orleans native and Rock and Roll Hall of Fame inductee has been making hit records for over forty years. His massive influence on American music reaches deep into the idioms of rhythm and blues, pop, country, musical theater, blues and jazz.  The master has produced such artists as Etta James, LaBelle, John Mayall and Dr. John, and has been covered by and/or performed with the Pointer Sisters, Robert Palmer, Otis Redding, The O'Jays, Ringo Starr, Paul Simon, Chet Atkins, and Elvis Costello, among others.  In New Orleans, Toussaint is revered for his distinguished record in public service, consistently devoting his talents to a variety of community and charity programs.