Hart can unveil a sex gag with the best of them, but it's his gimlet-eyed take on his own rather unfunny troubles -- a drug-addict  father, a recently deceased mother, a divorce -- that mark him as a funnyman worthy of attention. - Variety, Andrew Barker

Kevin Hart: Laugh At My Pain finally arrives in Canada. Produced by Hartbeat Productions and Codeblack Entertainment, and distributed in Canada by Video Services Corp (VSC), Laugh At My Pain features Kevin Hart's 2011, 90-city tour, that became one of the most successful comedy concerts in history, with over $15,000,000 in ticket sales! The tour made a stop at Toronto's Sony Centre this past June and sold out.

His two-day performance of Laugh At My Pain at the Nokia Theatre in L.A. raised the bar and broke 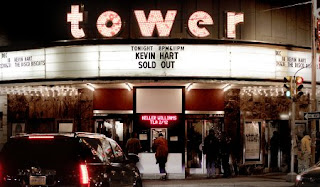 Kevin Hart: Laugh At My Pain features some of the blockbuster phenomenal concert, as well as never-before-seen raw and uncut backstage footage, and includes a travel back to Philly with Kevin where he began his journey in becoming one of the funniest comedians of all time.

To date, the film has reached nearly $8 million in box office in its U.S. run, with an initial per screen average of $20,619.

Kevin Hart: Laugh at My Pain and Hart's previous concert Kevin Hart: Seriously Funny will be released on DVD from VSC on February 7, 2012, with a host of bonus features.