Toronto, ON –  David Mirvish and Corey Ross are proud to present Alberta Ballet’s hit show Love Lies Bleeding, coming to the Sony Centre for the Performing Arts from Tuesday, November 8 to Saturday, 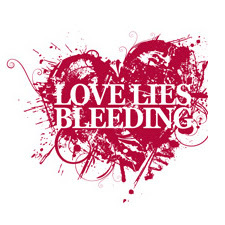 November 12. With inspiration from the life and music of Sir Elton John, the show will land in Toronto after a critically acclaimed run in Alberta last year.

“I am proud of what Alberta Ballet has created,” said John. “It’s a strong, contemporary choreography that entertains and challenges new audiences with its new aesthetics and its powerful fusion of art mediums.”

Inspired by, and featuring the music of John and lyricist Bernie Taupin, Love Lies Bleeding is the creation of Alberta Ballet’s internationally acclaimed artistic director and choreographer Jean Grand-Maître. The ballet features spectacular costumes by Martine Bertrand who has designed with Grand-Maître for almost two decades. Together their impressive history includes collaborations with the Paris National Opera, Norway Opera and Milan’s Teatro alla Scala, among many others. The semi-abstract, theatrical ballet is full of non-traditional elements and spectacular surprises including aerialists, multimedia staging, lip-synching and fire-shooting roller skates.

“We’re thrilled to bring this innovative ballet to Toronto,” says Corey Ross, president of Starvox Entertainment. “It’s a show that appeals to ballet fans, but also a new generation of aficionados. This show is simply a good time.”

The ballet stars Yukichi Hattori as Elton Fan, the central character who first sees himself as a child on the stage among flashes of John’s life. Characterizing the intense admiration of celebrity culture, Elton Fan joins the stage and changes from the observer to the representation of his hero.

The moments played out on stage are inspired by John’s life, without being fully biographical. 14 colourful tableaux illustrate the challenges and victories of reaching pop music superstardom, each accompanied by a different John song, including Bennie and the Jets, Honky Cat, Goodbye Yellow Brick Road, Rocket Man, Someone Save My Life Tonight, Saturday Night’s Alright, Have Mercy on the Criminal, The King Must Die, The Bridge and Believe.

The show has received rave reviews from Globe and Mail, Toronto Star, National Post, Calgary Herald, and many more.