NEW YORK CITY - Canonized, marginalized, or just scrutinized, Meshell Ndegeocello has given up trying to explain herself. After 20 years in an industry that has called her everything from avant garde to a dying 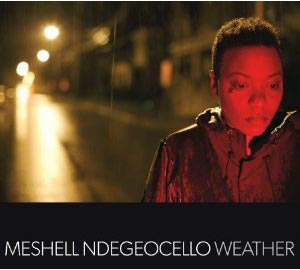 breed, what unquestionably remains is a fearsome

bassist, a prolific songwriter, and the creativity and curiosity of an authentic musical force. With these elements alone, she has earned critical acclaim (including 10 Grammy nominations), the unfailing respect of fellow players, songwriters and composers, and the dedication of her diverse, unclassifiable fans.

Ndegeocello was born Michelle Johnson in Berlin, Germany, and was raised in Washington, D.C. By the early '90s, she had landed in New York armed with a demo recorded in her bedroom, joined the Black Rock Coalition, and was soon signed to Madonna's label, Maverick Records. Her albums, eight to date, have offered lyrical ruminations on race, love, sex, betrayal, God, and power, and she has simultaneously embraced and challenged listeners with her refusal to be pigeon-holed musically or personally. A vast array of influences have informed all of her albums, including her most recent release, 2009's Devil’s Halo, and there are traces of her native go-go, hip hop, rock, R&B, new 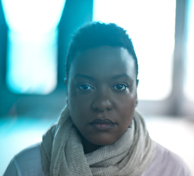 wave, and punk in each.

A bass player above all else, Ndegeocello brings her signature warm, fat, and melodic groove to everything she does and has appeared alongside the Rolling Stones, Madonna, Alanis Morissette, James Blood Ulmer, The Blind Boys of Alabama, Tony Allen, John Medeski, Billy Preston, and Chaka Khan. As for her own bass influences, she credits Sting, Jaco Pastorius, "Family Man" Aston Barrett, and Stevie Wonder. She was the first woman to be featured on the cover of Bass Player magazine and remains one of few women who both lead the band and write the music.

Her next album, Weather, was released on the Naïve label on November 8th. This album, her ninth, might be her most diverse collection of songs yet. From sunny up-tempo tunes to stormier ballads, Weather satisfies everything we've come to expect from Ndegeocello: groove, contemplation, and singularity.