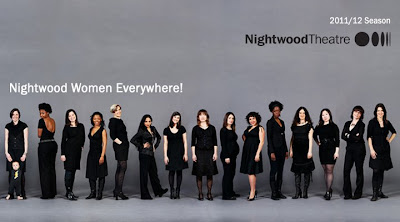 female playwright, and seeks to raise the bar in play creation, investing time and resources to explore work in development via production while aiming to increase the dissemination of women’s work across the country, where female playwrights constitute only 29% of plays produced in Canada.

Nightwood’s historic Groundswell Festival is a nationally recognized forum for the creation and development of theatre by women. The festival boasts impressive alumnae including Morwyn Brebner, Marjorie Chan, Claudia Dey, Ann-Marie MacDonald, Sonja Mills and Djanet Sears. The strength of these voices reflects Nightwood Theatre’s ongoing commitment to the development of artistic excellence among Canadian women theatre artists. We are proud to invite you to join us for The New Groundswell Festival – A National Festival of Contemporary Women’s Theatre.

The Aftermath by Lisa Codrington – Toronto
Directed by Audrey Dwyer
Starring Lisa Codrington and Ijeoma Emesowum
Sets and Costumes by Camellia Koo, Sound by Richard Feren, Lighting by Sandra Henderson
In the face of impending catastrophe and despite widespread evacuation there are simply those that shall not be moved. Inspired by Hurricane Katrina, playwright Lisa Codrington takes us on a harrowing and humorous exploration of survival in The Aftermath taking us to the eye of the storm to reveal the humanity of 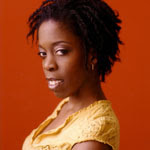 Lisa Codrington
Lisa Codrington is an actor and writer based in Toronto. Originally from Winnipeg, she holds a BA in Criminology from the University of Manitoba and a BFA in Acting from Ryerson University. She was nominated for the inaugural Toronto Arts Council Foundation's Emerging Artist Award and was co-winner of the 2008 K.M. Hunter Artist Award for Theatre. This past spring she co-directed the AMY Project with Claire Calnan and prior to that spent three seasons at the Shaw Festival. Most recently she finished adapting Jonathan Swift’s satirical essay A Modest Proposal into a one-act opera with composer Kevin Morse and currently she is playwright in residence at The Blyth Festival working on a new play about seasonal agriculture workers from the Caribbean.

Between the Sheets by Jordi Mand – Toronto
Directed by Kelly Thornton
Starring Susan Coyne and Christine Horne
Sets and Costumes by Camellia Koo, Sound by Richard Feren, Lighting by Sandra Henderson
What begins as a banal parent teacher interview unravels into a gripping and raw discussion between two 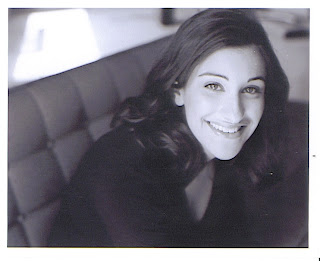 women on the brink of disaster. One woman is fighting to protect her family. The other is fighting for the family she always wanted. An exposé on aging, fertility, marriage and midlife crisis, Mand has crafted a razor sharp, rollercoaster ride of high stakes drama.

Jordi Mand
Jordi Mand is an alumni of Nightwood's Write From the Hip program. Jordi's plays have been read/workshopped at the Canadian Stage Company, Theatre Passe Muraille, SummerWorks Theatre Festival and the Ignite! Festival in Calgary. Her voice can be heard on the animated series Rob the Robot on TVO.

The Debacle by Ann-Marie Kerr and Susan Leblanc Crawford – Zuppa Theatre, Halifax
Actor/Co-creator Susan Leblanc-Crawford
Director/Co-creator Ann-Marie Kerr
Going to scientific extremes a woman attempts to freeze memories of her dying sister and in the process learns the power of letting go. The Debacle is a sad, funny and highly theatrical portrait of a woman facing the inevitable reality of being alone.

Susan Leblanc-Crawford
Susan is Co-Artistic Director of Zuppa Theatre Co. With Zuppa she has co-created and performed in twelve productions, most recently Five Easy Steps to the End of the World for which she won the 2011 Merritt Award for Outstanding Actress in a Leading Role. With Zuppa she has also co-directed the world premiere of The Fairy of the Lake at Dalhousie University. Susan has performed with several other Atlantic Canadian companies.