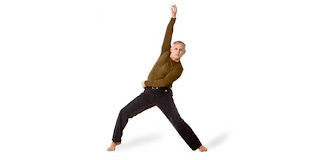 30% gone is about the heart attack I had last October. It is about the reading I have been doing since then and the music I have been listening to. It is certainly informed by the shock I felt from having the attack, about my recovery and about my defiance of it [not my denial of it]. It's also about the fact that I'm not very comfortable with being 60 YEARS OLD!!! It's even about how much I love dancing.

Ursa Major is well known in the prairie sky. Her mythological inheritance lingers on the horizon. soft foot draws from a body of work that began many years ago, including an Ursa character created for Ziyian Kwan in Rouge-gorge's recent group work, in fur till spring. soft foot, a term coined by prairie movement maverick Amelia Itcush, is a constellation of images and actions in an inter-play of myth and body memory. This work is an ode to Amelia, choreographed by Robin Poitras, commissioned and performed by Ziyian Kwan.

soft foot is made possible with support from New Dance Horizons, Rouge-gorge, Saskatchewan Arts Board and the City of Regina. 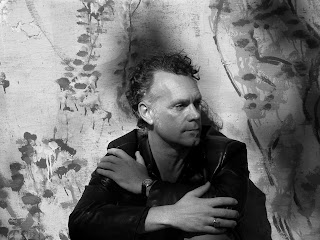 This duet reveals Brent Lott recalling the body of his youth through his interactions with Sarah Roche. He reconciles that with how he now sees his body.  His experience is contrasted with Sarah's growing awareness as she interacts with Brent and begins to understand of body and what the future holds.

The Occasion of Our Passing is funded by the Manitoba Arts Council and the Winnipeg Arts Council.

Under Cover of Darkness was commissioned by Land’s End Chamber Ensemble and premiered in November 2009. It was performed with Beth Root Sandvoss on cello and Elizabeth Bergmann on piano. 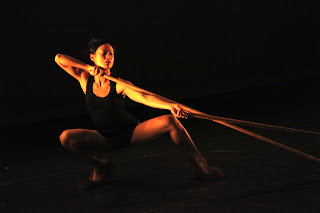 On first look quiver is a physical experience. But it is also the name of the container that holds arrows or a musical instrument. The choreography is the quiver for holding both sharp and beautiful experiences and a map to be navigated in performance, bringing to life internal and external worlds in a series of carefully considered frames and containers. Quiver is a solo set on two performers, where the choreographic material is traded back and forth in creation. It has been a fun way to create, consider transmission, and look at creation with fresh eyes in new frames with the two interpreters.

Quiver was made possible with support from the Alberta Creative Development Initiative (CC/AFA), Alberta Foundation for the Arts and a Burnaby Arts Centre Creation Residency.