Fort Knox Recordings presents the See-I Remix Compilation - thirteen brilliant remixes of original See-I tracks from their June 2011 debut album. Loved by fans, lauded by the press and popular with 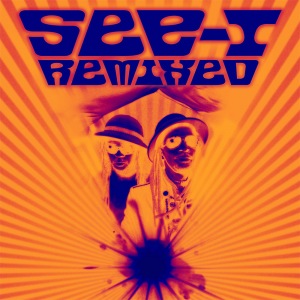 radio outlets around the world, the See-I debut album has been a phenomenal success.

This group of remixes is truly a global compilation, with remixers coming from Australia, Belgium, Brazil, Canada, Germany, Hungary and the USA, each bringing their own unique sound and vibe.

That's what the media release tells me, but I was a little unsure of what to expect from this compilation. The organic soul and the hip shaking groove of superb musicians who know each other well - that's just exactly what I love about See-I, so taking out the organic and adding electronics seemed counterintuitive. But, in doing so, they often added meat to the reggae bones of the music and overall, it ends up with a trippy and danceable (of course) vibe that I ended up liking a lot.

Impressions - the vocals remain as distinctive as ever, often contrasting the hypnotic rhythm and bass backdrop; the melody over reimagined electronic reggae riddims. The Funk Hunters Remix of Soul Hit Man picks apart the various lines of melody and rhythm, instrument and voice. Sometimes the vocals are actually much clearer than in the original versions. It's fun overall, and each remix has a fresh kind of take to offer, from psychadelic to not so far from the original to ultra electronic. I like the way J-Roc's Remix of Homegrown 2011 emphasizes the intense signature vocal style. Like the original CD, it's good party music.

My favourite - the last track, #13 - the Holmes Ives Remix adds a disturbing element to Disturbancy. 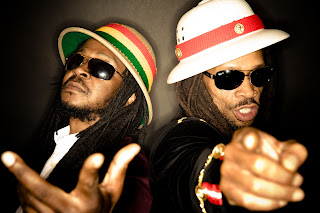