In the sense that Reggae has now become a global musical entity which not only allows, but in some cases 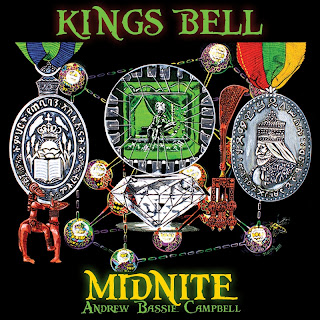 demands that its artists travel throughout the world in order to perform and collaborate with multiple producers, few seem to have adjusted to this new landscape better than the mystical and captivating Midnite. The St. Croix-based group, fronted by one of the genre's most sagacious and progressive of minds – Vaughn Benjamin – has performed and recorded across the globe.

The seminal Nemozian Rasta (2001) with I Grade Records is was what started Midnite on this collaborative path, and now in 2011, Midnite and I Grade Records are set to deliver what is certain to be another unforgettable project. Kings Bell, available November 1, 2011 online and in stores, joins the best of St Croix with the best of Jamaica: an amazing lineup of players spearheaded by the venerable Jamaican production maestro Andrew “Bassie” Campbell. The result of this collaboration is Kings Bell – a sixteen track roots masterpiece. Being Midnite’s first ever full-length collaboration with a Jamaica producer, Kings Bell is an historic release and features some of the greatest musicians the genre has ever seen including Leroy "Horsemouth" Wallace, Earl "Chinna" Smith, Squidley Cole, Mikey “Boo” Richards and Sticky Thompson. 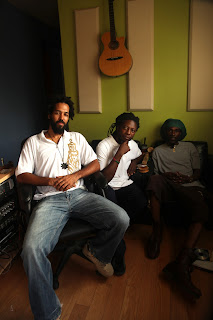 As the driving musical force behind the album, producer and bassist Andrew "Bassie" Campbell has crafted beautiful rhythms that truly compliment the deep lyrics of Vaughn Benjamin. The power and authenticity Andrew Bassie’s productions stand out from the mass of slickly-produced modern roots coming out of Jamaica today.  Much of the music was recorded organically in Jamaica at Tuff Gong Studio, with additional overdubs, vocal recording and mixing completed at I Grade’s studio in St. Croix. The result is a collection of songs that capture not only the essence of classic roots from the hands and minds of some of the individuals who have literally helped build the genre, but also the urgency and innovation of the present time. In more than forty-five albums and in over twenty years of Midnite music nothing like this cross-fertilization of Jamaican classic roots tradition mixed with St. Croix’s own deep roots tradition has ever happened, making "Kings Bell" a glowing highlight in Midnite’s ever expanding catalog.

The album's first single, the gorgeous “Mongst I & I” is on track become a landmark tune. Already the foundation for the first-ever official Midnite music video, produced by St. Croix-based video production company Aqua Media and filmed in Frederiksted, St Croix and Kingston, Jamaica, “Mongst I & I” is a stirring anthem that reminds us of the importance of unity and collective strength in these tumultuous times. “Mongst I & I” was released as a single EP that features the single, the music video, the dub mix and two remixes. 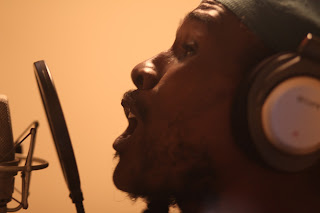 Other standout tunes include the bouncing title track that features a heavy and sticky drum and bass section underneath a beautiful arrangement of chords, horns, with lyrics that speak to the power of regal music that praises the King of Kings.  “Jewel inna Africa Horn” features legends Horsemouth Wallace on drums and Chinna Smith on guitar with an unforgettable vocal melody delivery. “Black Mamba” is a scathing assessment of the boiling point that modern society has reached, over an inspiring arrangement of classic uptempo roots.

Despite the non-stop movement in pursuit of progressing his craft and delivering his message to the world, one of Benjamin's & Midnite's most fruitful stops along their journey has been with I Grade Records, which has become the dominant Reggae label from the Virgin Islands. With the label, headed by producer/engineer/multi-instrumentalist Laurent "Tippy I" Alfred, Midnite has done some of their finest work to date. Their new album, Kings Bell, raises the bar even further.


“Kings Bell" is available on iTunes, on www.viroots.com, and in stores worldwide on November 1, 2011
Photo Credit: Michael Nissman
•  Album streaming on NPR