Toronto - As temperatures plummet outside, concerts at The Royal Conservatory continue to heat up with significant debuts taking place in November, including the Canadian debut of Still Black, Still Proud on Saturday, November 26; and Toronto debut of Spanish flamenco and tango singer Diego El Cigala on

joE LOVANO US FIVE CONCERT RE-scheduled
for tuesday, january 31, 2012
As the unusual winter storm struck the eastern United States last Saturday and the airports closed, Grammy Award-winning saxophonist Joe Lovano and his Us Five band were left stranded in New York. Despite their 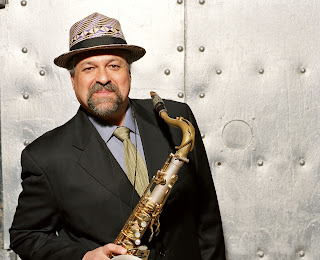 best efforts to make it to Toronto for their Koerner Hall concert at The Royal Conservatory , for the first time in his career, Lovano had to miss his engagement. Mervon Mehta, Executive Director of Performing Arts at The Conservatory, has already re-booked the band for Tuesday, January 31, 2012. Ticket buyers have the option of keeping their existing tickets, which will be valid for the new date, exchanging into a different RC Presents concert during our 2011-12 season, exchanging to a gift card, or obtaining a refund.

Joe Lovano joined the Paul Motian band in 1981 and has since worked and collaborated with John Scofield, Herbie Hancock, Elvin Jones, Charlie Haden, Carla Bley, Bobby Hutcherson, Billy Higgins, Dave Holland, Ed Blackwell, Michel Petrucciani, Lee Konitz, Abbey Lincoln, Tom Harrell, McCoy Tyner, Ornette Coleman, Jim Hall, Bob Brookmeyer, and many more. His relationship with Blue Note Records began in 1991 and includes eight Grammy nominations with a win in the Best Large Ensemble category for 2000’s 52nd Street Themes. Numerous accolades for the saxophonist also include multiple wins as Down Beat magazine’s Jazz Artist/Musician of the Year, Tenor Saxophonist of the Year, and Album of the Year. On January 31, Lovano is accompanied by all of the artists that were to appear with him on October 29: James Weidman on the piano, Francisco Mela and Otis Brown III on drums, and 2011 Grammy winner for Best New Artist, Esperanza Spalding, on double bass. 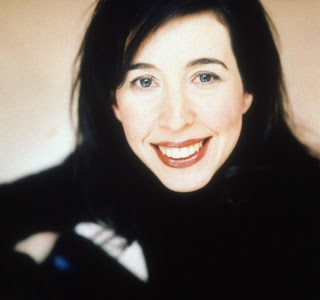 Classical Music & More
Classical music lovers are scrambling to hear Canadian pianist Angela Hewitt, who is one of the hottest tickets of the 2011-12 season. Having made her Royal Conservatory debut when she was only nine years old, she returns to The Conservatory on Sunday, November 6, to play Johann Sebastian Bach’s French Suites Nos. 4 and 5, Gabriel Fauré’s Ballade, Claude Debussy’s L’isle joyeuse, and Maurice Ravel’s Le tombeau de Couperin. Another classical concert in Koerner Hall is presented by the Royal Conservatory Orchestra on Friday, November 25. Director of the Orchestral Program and Resident Conductor at The Royal Conservatory, Uri Mayer, conducts a program of Leonard Bernstein’s Fancy Free Suite, Ernest Chausson’s Poème for Violin and Orchestra, and Richard Strauss’s Also sprach Zarathustra.

Peter Yarrow and Noel Paul Stookey, of Peter, Paul & Mary, make their Conservatory debut on Saturday, November 5. Having led the folk revolution for 45 years, Peter and Paul continue the tradition of reclaiming folk music's potency as a social, cultural, and political force, with songs like Blowin' in the Wind, If I Had a Hammer, Cruel War, and Where Have All the Flowers Gone. 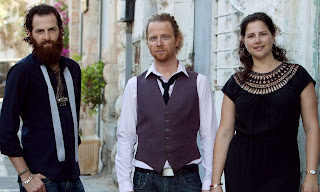 The imaginative Music From Across the Middle East concert series continues on Saturday, November 12. The second instalment presents the 3 Cohens Sextet featuring Anat Cohen on tenor saxophone & clarinet, Yuval Cohen on soprano saxophone, and Avishai Cohen on trumpet, along with their mentor from Berklee School of Music, Jamey Haddad and his Arab Jazz Ensemble. The Cohen siblings form a “group that illustrates how profoundly and effortlessly international jazz has become” (Buffalo News) and are joined by one of the world’s foremost jazz percussionists –  Haddad (who has played with everyone from Paul Simon to Danilo Pérez and Simon Shaheen) – and his pan-Arab all-star group, which includes Dimitris Mikelis (oud), Roberto Occhipinti (bass), Billy Drewes (saxophone and clarinet), Tareq Rantisi (percussion), Amir ElSaffar (trumpet), and Ali Amr (qanun).

Mazzoleni Concert Hall, located in historic Ihnatowycz Hall, is host again to a multitude of classical concerts. The Glenn Gould School Vocal Showcase on Saturday, November 5, offers the opportunity to hear future operatic stars as they sing in an evening of art songs and operatic arias, hosted by the popular opera 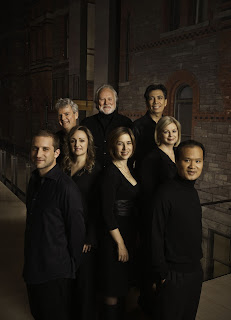 educator and tour leader, Iain Scott. Music, Conscience, and Accountability during the Third Reich is a concert presented by the ARC Ensemble (Artists of The Royal Conservatory) in honour of Holocaust Education Week, with cooperation with the Sarah and Chaim Neuberger Holocaust Education Centre. On Tuesday, November 8, they play music by Adolf Busch (String Sextet) and Karl Amadeus Hartmann (String Quartet No. 1 “Carillon”), composers who, at great personal cost and considerable risk, took a stand against the racial and cultural policies of the Third Reich. Also on the program are Two Pieces for viola and piano by Heinz Tiessen. Three members of the ARC Ensemble, pianist David Louie, violinist Marie Bérard, and cellist Bryan Epperson return to Mazzoleni Hall on Sunday, November 13 with a program of music by Robert and Clara Schumann, as well as Johannes Brahms’s Piano Trio No. 1. Robert Schumann’s pieces include Toccata for Piano in C Major, Intermezzo from F. A. E. Sonata, and Adagio and Allegro in A-flat Major; and Clara Schumann’s Romanze in D-flat Major and Allegretto from Piano Trio in G Minor. On Sunday, November 27, co-founder of the St. Lawrence String Quartet, Associate Dean of The Glenn Gould School, and renowned violinist Barry Shiffman will be joined by cellist Andrés Diaz and pianist Jeanie Chung to perform Tchaikovsky’s Piano Trio in A Minor, Op. 50 and other works. Mr. Shiffman also leads a student ensemble from The Glenn Gould School in Mozart’s Sinfonia concertante in E-flat Major, K. 364.

Two concerts in the Conservatory Theatre include the first instalment of the season for the popular Bluebird North: Where Songwriters Sing and Tell series on Saturday, November 19. Blair Packham hosts Juno Award-nominated singer-songwriter Wendy Lands, also heard on the soundtrack to the Oscar-winning film The Pianist, and roots rock singer-songwriter Bill Colgate, plus a third musician soon to be announced, as they perform their music and talk about their inspiration, the song writing process, and even the music business stories behind their songs. The second concert, part of the Discovery Series, introduces violinist Véronique Mathieu on Thursday, November 24. Winner of the 2009 Canada Council Bank of Instruments Competition and the Competition in Performance of Music from Spain and Latin America, she is the newest Fellow of The Glenn Gould School. In her Conservatory debut, she performs works by Donatoni, Dufour-Laperrière, and Boulez.