SPICE THINGS UP THIS HOLIDAY SEASON
AT THE ROYAL CONSERVATORY

TORONTO - The holiday season should be enjoyed with loved ones – full of good times, good food, and good music. Why not break with the tradition of seeing the usual Christmas staples, such as Händel’s Messiah or Tchaikovsky’s The Nutcracker, and add some fun concerts to the mix? The Royal Conservatory offers four concerts in December to get everyone into the mood for the holidays: soprano Monica Whicher and harpist Judy Loman perform selections from their Lullabies and Carols for Christmas CD on Sunday, December 4; the Tallis Scholars (whose concert sold out during Koerner Hall’s inaugural season) return on Thursday, December 8, with diverse composers’ settings of the Magnificat; the Spanish Harlem Orchestra (the Grammy Award-winning 13-member all-star ensemble, directed by world-renowned pianist, arranger, and producer Oscar Hernández) bring caliente rhythms and dance (yes, even the audience is encouraged to enjoy themselves by dancing!) with A Salsa Christmas on Friday, December 9; and John McDermott and Friends return on Sunday, December 18. McDermott, lauded for his annual concerts which start off the holiday season with a blend of Christmas songs and a tasteful inclusion of a tribute to Remembrance, is joined by his band and special guests, including Adrian Anantawan on violin, and singers Ariana Gillis and Matt Dusk. 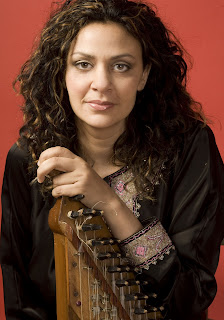 Music From Across the Middle East concerts continue in Koerner Hall with two notable vocalists, Chava Alberstein and Maryem Tollar on Saturday, December 3. In this third concert of the series, one of Israel’s most celebrated folk singers, Chava Alberstein will perform her music ranging from tender love to defiant songs about peace and oppression. She shares the stage with Maryem Tollar, an extraordinary Egyptian-Canadian vocalist known for her singing in Christos Hatzis’s Constantinople, on A.R. Rahman’s Mayya Mayya for the Bollywood film Guru, and as the voice of the theme song for Little Mosque on the Prairie. Both will be joined by their own bands, comprising of musicians playing everything from guitar, percussion, bass, electric violin, saxophone, and flutes, to the Middle-Eastern qanun, tombak, nay, and oud.

Two more classical concerts round out the month of December. On Friday, December 2, cellist Steven Isserlis and pianist Connie Shih present the Canadian premiere of an imaginative and pictorial new work written for Isserlis by Thomas Adès (named Composer of the Year in 2011 by Musical America), titled Lieux retrouvés, along with Felix Mendelssohn’s Cello Sonata No. 1 in B-flat Major, Op. 45; César Franck’s Cello Sonata in A Major, M.8; and Franz Liszt’s Romance oubliée, S.527 and Die Zelle in Nonnenwerth, S.382.

Coming from an exceptionally musical family, Isserlis has had many works dedicated to and written especially for him; he is an enormous Beatles fan (he even has his hair styled after the band’s hair cuts) and an author of children’s books! Pianist André Watts plays a concert entirely dedicated to the 200th anniversary of Franz Liszt’s birth on Sunday, December 11. The all Liszt program includes Étude de concert in D-flat Major No. 3, S.144 “Un sospiro”; Les jeux d’eau a la Villa d’Este, S.163; Piano Sonata in B Minor, S.178; Bagatelle sans tonalité, S.216a; Nuages gris, S.199; En rêve, S.207; La lugubre gondola II, S.200; Schlaflos! Frage und Antwort, S.203; Étude No. 2 in E-flat Major from Six Grand Études after Paganini, S.141; Transcendental Étude No. 10 in F Minor, S.139; and Hungarian Rhapsody No. 13 in A Minor, S.244. “Watts’ technique has gained in brilliance and strength, while his insights have become exquisitely penetrating and detailed,” declared The New York Times. 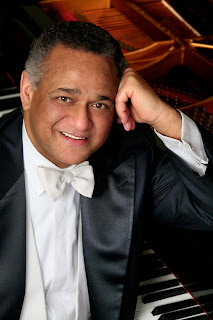 Mazzoleni Concert Hall, located in historic Ihnatowycz Hall, offers three concerts by The Glenn Gould School’s talented students. On Friday, December 2, and Saturday, December 3, the vocal program singers present an abridged version of one of Wolfgang Amadeus Mozart’s most beloved operas, The Magic Flute, in an English translation. Peter Tiefenbach serves as music director and Brent Krysa as director and designer. The Glenn Gould School’s New Music Ensemble has prepared something truly unique for their December 8 and 9 concerts: conductor and award-winning composer Brian Current directs In Vain by Austrian composer Georg Friedrich Haas (Mr. Haas is coming to Toronto for a week thanks to the Austrian Cultural Forum).

This one-hour long piece for 24 musicians requires special lighting effects and there are several passages, four to five minutes at a time, where the audience, the conductor, and the musicians are immersed in complete darkness, hence the players respond to one another by hearing only. Moreover, the audience is treated to colours through music as well as musical (tonal) colour, as the musicians use their instruments to play tones that, when combined, vibrate at the same frequency as the corresponding colour. Finally, rising star senior string students from the Young Artists Performance Academy come together as the Academy Chamber Orchestra to perform an inspiring program that will feature guest soloists and celebrated Academy alumni on Saturday, December 10.

Master Classes, Prelude Concerts, RCM Concerts Book Club
A very special master class is being held on December 2 at 1:00pm with Sir Roger Norrington conducting the Royal Conservatory Orchestra in a rehearsal of Johannes Brahms’s Symphony No. 1. Maestro Norrington, widely recognized as one of the great conductors of our time, studied at The Royal Conservatory as a violin student during the 1940s, when he was sent to Canada to escape to bombings in London. This is his first return to The Conservatory since his student days during the war. Master classes are fee and Three of the Koerner Hall mainstage performances are followed by Postlude Concerts in the Leslie and Anna Dan Galleria, Lower Level: The Glenn Gould School Students follow Steven Isserlis on December 2, Arsalan Alizadeh follows Chava Alberstein and Maryem Tollar on December 3, and The Royal Conservatory School’s Latin Band follows the Spanish Harlem Orchestra on December 9. As a new initiative this season, concertgoers are invited to participate in casual discussions on books and music relating to specific performances. In conjunction with the Chava Alberstein and Maryem Tollar concert, the chosen book is The Lemon Tree: An Arab, a Jew, and the Heart of the Middle East by Sandy Tolan. 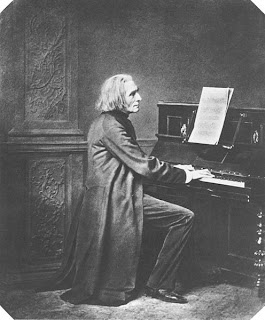 Pre-registration is required and discussion locations will be announced by email prior to the corresponding concert.

• More information about the Concert Book Club, including a full list of titles and related Koerner Hall performances, can be found at http://performance.rcmusic.ca/tickets-and-packages/concert-book-club.
With the Christmas season approaching, The Royal Conservatory Gift Cards and concert tickets are a great gift idea. The gift cards are available for purchase in any denomination and can be redeemed for concert or event tickets at The Royal Conservatory in person or by phone. They are also reloadable in any denomination. Gift Cards can be purchased in person at the Weston Family Box Office, by phone at 416.408.0208, or by visiting rcmusic.ca. Gift Card services are donated by Givex, a global provider of stored value technology, loyalty programs, and e-coupons.


• Tickets are available online at www.rcmusic.ca, by calling 416.408.0208,or in person at the Weston Family Box Office