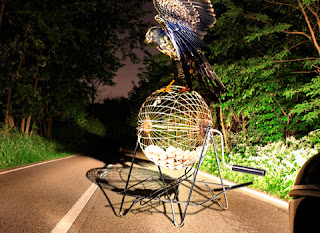 December 11, 2011. Nominated for both the Chalmers and Governor General’s Awards and winner of the Dora Mavor Moore Award for Best New Play, The Rez Sisters celebrates its 25th anniversary and remains one of the most iconic pieces in the Canadian theatre canon. The Rez Sisters premiered as a production by Native Earth Performing Arts on November 26, 1986, capturing the country’s imagination and establishing Highway as one of Canada’s most important artists. Factory Theatre presented the Native Earth production the following season. The play has since been produced in theatres all over the world to wide critical acclaim. TD Bank Financial Group is the Production Sponsor of The Rez Sisters.

“Audiences can look forward to seeing this exuberant Canadian classic in a brand new production starring a powerhouse group of performers,” says Gass. “Told with humour and passion, The Rez Sisters is a universal story of marginalized women struggling to find their next foothold.” In The Rez Sisters, seven women all dream of winning ‘The Biggest Bingo in the World.’  They band together to raise money toward their trip to Toronto – to change their luck and their lives.