Formed in 2005, Toubab Krewe has tenaciously honed their craft through relentless touring and a fierce dedication to carving out something they can truly call their own.  The fruits of this hard work can be heard 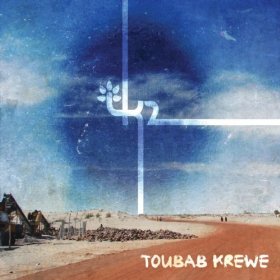 This is a band that actively draws inspiration from whatever source floats into their purview, something they've exhibited in their half decade of heavy gigging, including regular appearances at major U.S. festivals like Bonnaroo, High Sierra, Rothbury and Wakarusa, and abroad at such legendary gatherings as Festival In The Desert in Mali.  Their globe-hopping propensity has made them an emerging headliner at their hometown's famous Orange Peel and a familiar face as similar venues throughout the country. Whether on their own or collaborating with luminaries like the Last Poets' Umar Bin Hassan or Uncle Earl's Rayna Gellert, Toubab Krewe has already earned the attention and respect of a broad musical community.

Toubab carries echoes of African greats like Ali Farka Toure, Orchestra Baobab and Salif Keita, no doubt picked up during the group's many visits to the Mother Continent to study and live in Guinea, Ivory Coast and Mali. 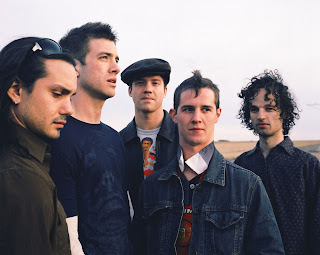 What differentiates Toubab Krewe from other Statesiders inspired by African music is how they innovate on what they've learned, not simply recreating tradition but carving out a new trail that honors the African originators they admire by making something alive and contemporary that moves the line forward, something that's easy to pick up on with TK2.

From the ragtime piano tinged opener "Mariama" to the percussion fueled, slide guitar glide of "Gine Fare" to the subtle, inviting African echoes of "Konkoba" to the hypnotic, psychedelic slow burn of "Holy Grail," TK2 reveals Toubab Krewe to be rare innovators in a modern age often too ready to settle for more of what's been.  Toubab Krewe is happily an exception to this rule, and those willing to take the journey with them are in for one hell of a cool, exciting ride.