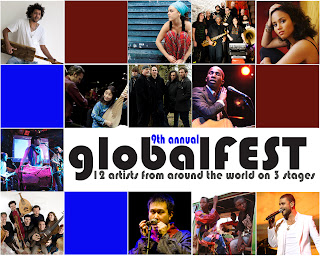 NEW YORK CITY - Whether continuing famous musical lineages or pushing forward on new paths, the artists of globalFEST show how world music has matured from a quaint, catch-all niche to a meaningful, deeply rooted challenge to the musical status quo. Artists are crafting history into new sounds.

Though many of this edition’s artists have taken up the torch from family members or musical mentors, they are reaching into new sonic territory, whether they are funkifying cumbia or transforming the role of the spike fiddle or jaw harp. globalFEST, as America ’s vital world music springboard event coinciding with the annual Arts Presenters Conference (APAP), aims to bring musicians to ears and even into venues once closed to global artists. 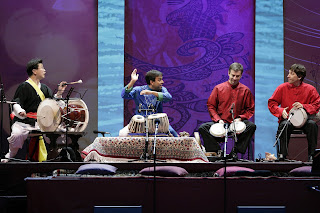 “In addition to summer rock and folk music festivals, we’ve started to see an embracing of world music throughout the performing arts field, including more traditionally classical venues,” explains festival co-organizer Bill Bragin (Acidophilus: Live and Active Cultures). “Many of this year’s globalFEST artists are performers who would be appropriate in more traditional concert halls, which are responding to the desire to diversify their programs.”

The goal of access has been at the heart of the festival’s mission since it was founded post-9/11, when dedicated global music presenters looked to restart the stalled influx of international music at a crucial moment. globalFEST remains committed to supporting exchange—both cultural and economic—and has emphasized artists of note from Louisiana after Hurricane Katrina, and from Haiti since the earthquake that struck there in 2010.

“globalFEST needs to constantly be aware of its mission,” continues co-organizer Isabel Soffer (Live Sounds). “We spotlight artists we believe presenters will want to book, will be successful in their venues and will bring new audiences. Our curatorial decisions are made with this in mind, and in this way, we feel we can encourage presenters to rethink artists that are on tour.” 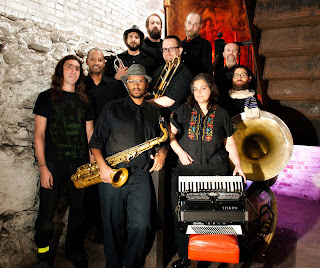 This year’s edition of the annual world music showcase and all-night party includes three U.S. debuts, as well as several fresh programs and approaches from a bevy of respected global performers. Here's the line-up: 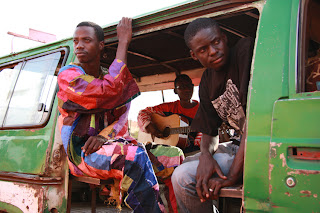 The Silk Road Ensemble : An international collective of virtuoso musicians from around the globe, this ensemble carries on the cross-cultural legacy of founder and artistic director Yo-Yo Ma, drawing inspiration from the historical Silk Road and contemporary musical crossroads. (Pictured above) 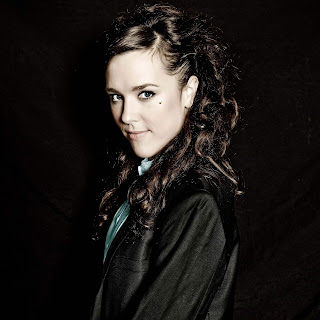 globalFEST, Inc. is a not-for-profit production presented in association with Live Sounds, Joe’s Pub at the Public Theater, Acidophilus: Live & Active Cultures and The Bowery Presents. Support provided by The Ford Foundation and The Cultural Services of the French Embassy with additional support from the French Music Export Office, recognizing France’s pre-eminent role as a hotbed of global music activity. The globalFEST media sponsors are WNYC Radio and NPR.org. Artist visa services are provided courtesy of Tamizdat. Publicity services are provided by rock paper scissors, inc.