NEW YORK CITY - BOOM Collective and Search and Restore are pleased to announce the lineup for 2012 NYC WINTER JAZZFEST.  The festival is to be held on January 6th & 7th, 2012 in New York

The 2012 NYC WINTER JAZZFEST will feature over 60 different jazz groups during the Arts Presenters (APAP) conference.  Similar to past years the festival will provide an opportunity for artists to showcase in front of presenters, promoters, talent buyers, educators, musicians and avid fans. Over 5000 arts professionals will be in New York City for the annual Association of Performing Arts Presenters (APAP) conference from January 6-10.  As there will be hundreds of showcases scheduled throughout the weekend around the city both at the Hilton Hotel and in alternative venues, Winter Jazzfest offers APAP conference attendees, and the general public, the opportunity to experience the best of today's new live jazz and experimental music in club venue settings. 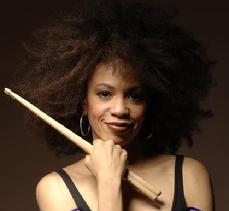 Once famed as the focal point of New York City's rich jazz and live music scene, Bleecker Street and the Village provide for an ideal festival experience with jazz and experimental music groups performing all night at five of the neighborhood's esteemed venues within close proximity of each other.  On this night the 2012 NYC WINTER JAZZFEST will continue to redeem the rich jazz heritage of the Village and again will bring jazz fans back to Bleecker Street.  The 2012 NYC WINTER JAZZFEST includes over 60 of today's most interesting jazz groups from New York, Brooklyn, Chicago, Los Angeles, New Orleans, Switzerland, Israel, Cuba, Morocco, Turkey, and Italy.

Currently new jazz groups are under represented, yet they are culturally essential to the continued development and future of jazz and the cultivation of new audiences for jazz.  Jazz artists need support and exposure to the significant institutional booking forum that the Arts Presenters conferences represent.  Winter 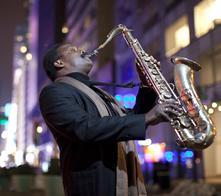 Jazzfest is pleased to offer a forum for presenters and music enthusiasts to experience and support the future of jazz.

Last month Winter Jazzfest organizers announced the recent labor agreement with Associated Musicians of Greater NY Local 802 which guarantees every artist performing at the 2012 festival a minimum fee with the opportunity to earn additional fees as the festival raises financial support through sponsorship and private donors.  With this landmark revenue sharing model in place festival organizers hope to attract interest from potential funders to support the world class jazz festival for the mutual benefit of the greater jazz community.

Winter Jazzfest founder Brice Rosenbloom explains, "We felt that especially in this current economic climate it was important to devise a model whereby we all benefit when the festival succeeds.  It is the overall health of the greater jazz community that is at stake here and if we?re able to raise sponsorship dollars for the festival than its only appropriate that we share it directly with the musicians who inspire us to produce this festival." 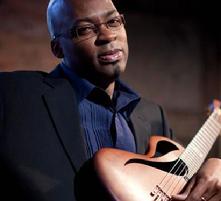 The 2012 NYC WINTER JAZZFEST features curatorial input from Meghan Stabile of Revive Music Group and Adam Schatz of Search & Restore.  In line with the mission of Winter Jazzfest, Stabile and Schatz continue to invigorate NYC's jazz scenes in their own ways by promoting and supporting young and deserving new jazz artists while bringing increasingly growing audiences to the music. 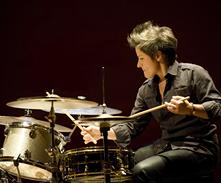