of Federgreen Entertainment Inc., is bringing the best of Canadian independent filmmaking to market, with INDIECAN ENTERTAINMENT.

INDIECAN ENTERTAINMENT is a new Canadian distribution company that will service not just up-and-coming Canadian filmmakers, but also those indies making films in a lower budget bracket who have otherwise virtually no chance to shine in a market of big studios, distributors and exhibitors.

"We make many independent films in Canada every year and not even ten percent of these films get distribution," says Federgreen. "Whether they are made by first-time filmmakers or those with low budgets that never see the light of day, who may be lucky enough to get into a festival, which can inject a tiny bit of life into the film's commercial hopes. But it's here where they end up hitting a wall, and this is the situation I would like to change."

With INDIECAN ENTERTAINMENT, Federgreen is targeting films made with imagination and vision for under $1,250,000. "I want to create a home and a life for these films," he says. "They are the key to filmmakers realizing their second films, third films, and so on." 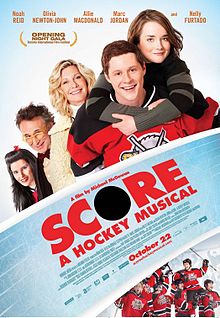 "Seeing Canadian films should become a regular occurrence and not a one-time event," Federgreen continues. "We need to not only support Canadian production but also encourage the viewing of Canadian films by Canadian audiences. We owe it to our industry, our culture and our country."


~ ~ ~
Avi Federgreen
With nearly twenty years of filmmaking to his credit, Federgreen has faced a myriad of filmmaking challenges across the country (Newfoundland, Ontario, Manitoba, Saskatchewan, the Yukon) and has earned his stripes in all areas of production. His career is a highlight reel from music videos to TV series to an extended list of feature films.
canadian film canadian film distribution company feature films independent film