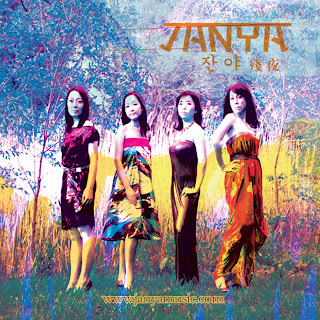 NEW YORK CITY - The East meets West band JANYA is inspired by Korean Traditional Music and the music of Ornette Coleman and John Zorn.  Korean-American Singer Lola Jung Danza went in search of her Korean ancestry, what she discovered was a whole new world of music.   All About Jazz calls JANYA a “Communion with the divine.”  JANYA will perform at Drom on Friday, January 6th 2012 at 9pm.  Tickets at the door are $15 and $10 in advance. 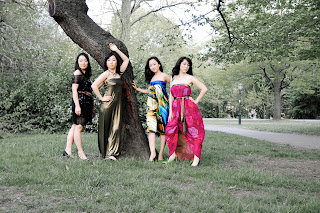 Singer Lola Jung Danza with her four-octave range and vast array of vocal technique, summons her ancestors through this music taking the listener on a journey to the far off land of Korea, laying beautiful poetry over traditional Korean instrumentation.

Janya is an all female group, Seungmin Cha- Daegeum and voice, Eunsun Jung- Gayageum, and Woonjung Sim- Janggo and percussion.  Janya celebrates women in music and culture.  The music ranges from meditative to the dramatic—it’s something you’ve never heard before and it’s as if these women are speaking directly to the heavens.  Janya is paving new ground in music.


Please join us in a beautiful evening of music.