TORONTO - He met the Walrus, and it took him to the Oscars. Now, three years after the accolades for I Met The Walrus - about then 14-year-old Jerry Levitan's encounter with John Lennon - the prolific 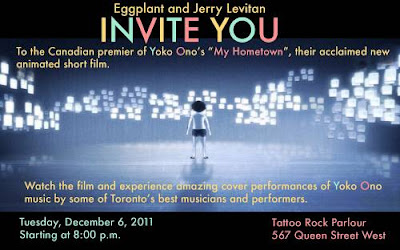 Canadian producer's ongoing relationship with Yoko Ono has resulted in another creative event.

My Hometown  - submitted for Oscar consideration - makes its Canadian debut December 6 in Toronto at Tattoo Rock Parlour as a 21st Century "happening," complete with a flash mob of dancers, performances by Edwin (I Mother Earth), Tom Wilson (Blackie and the Rodeo Kings, Junkhouse) and covers of Yoko Ono songs by an array of the city's top musical talents.

"To think that my meeting with John Lennon and Yoko Ono back in 1969 when I was 14, has taken me to the Oscars, the Emmys and now a project based on Yoko's work is simply incredible," says Levitan, who is 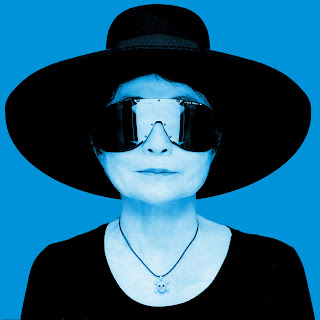 bowing to the film's message by bringing My Hometown to his hometown on the heels of acclaim from Spoleto Italy's Without Borders Film Festival.

The film, set against a soundtrack backdrop of Remember Love (Yoko's original flipside track to the 45 single Give Peace A Chance), provides animation for a short prose piece written by Yoko on the theme of "think globally and act locally." It begins, "Do you know where your hometown is? Your hometown is a place you choose. Get a map of the world. Pin a little flag on a place on the map you'd like to go. The place you've put your flag is your hometown."

My Hometown is written and narrated by Yoko Ono, produced and directed by Jerry Levitan and Emmy Winning Terry Tompkins of Eggplant, and features animation direction by Sharmil Haladeen and illustrations by Jerry's daughter, Rebecca Levitan.