Written and directed by Alrick Brown, KINYARWANDA is the first film conceived within Rwanda and produced by Rwandans regarding the 1994 genocide that saw one million lives lost in 100 days.

KINYARWANDA interweaves six true tales into one epic narrative, confronting the realities of forgiveness in the face of vengeance. The film will be released in theaters December 2011. 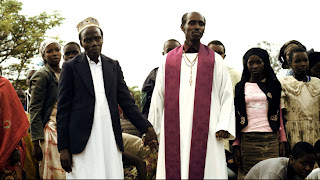 African American Women in Cinema is proud to support the efforts of ImageNation and Urbanworld of the AFFRM (African American Film Festival Releasing Movement) in presenting the New York City theatrical release of the film KINYARWANDA.  The winner of the 2011 Sundance Film Festival's World Cinema Audience Award, this intimate portrayal is the first film produced by Rwandans, about the tragedy of 1994.

About Kinyarwanda
In Alrick Brown’s moving directorial feature debut, a young Tutsi woman and a young Hutu man fall in love amidst chaos, a soldier struggles to foster a greater good while absent from her family, an imam saves countless lives, and a priest grapples with his faith in the face of unspeakable horror. Six intimate stories are interwoven to illustrate both tragedy and triumph. 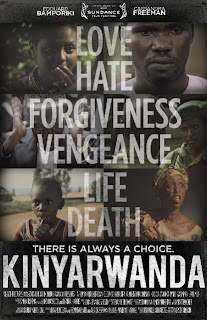 AFFRM's inaugural feature was the critically-acclaimed drama, "I Will Follow", released in March 2011 to an opening weekend per screen average of $11,428 without a formal advertising or marketing budget.

ABOUT AFFRM: "In essence, what we’re doing is empowering ourselves by distributing our own images. There are robust black film organizations all over the country. Our goal was to organize ourselves into a releasing entity, and our mission is to support black cinema in a very specific way – by offering a handful of black indies a theatrical release," explained  founder Ava DuVernay. "We simply want to offer African-Americans quality black films, while at the same time create a safe haven for filmmakers of color to share their stories, their way."