NEW YORK CITY - Tired of the same old annual Christmas carols we hear every year? Do you like a little ha ha ha with your ho ho ho? Then get your jingle bells down to Joe's Pub on Christmas Eve for A 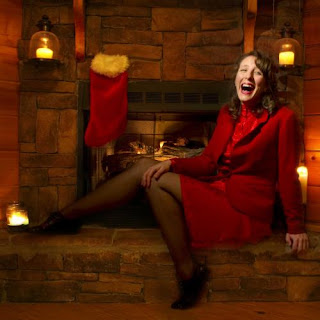 Night of Dirty Songs, featuring Jessica Delfino, dubbed “The Lower East Side Queen of Obscene” by the Village Voice.

"Her performance included the showing of an obscenely titled video banned from YouTube that features her rapping about her vagina, complete with obscene pictures flashing in the background. None of this was without malice. And at a time when radical Muslims are accusing Americans of harboring a depraved understanding of liberty, it only provides ammunition to the enemy."
-Willliam Donohue, Catholic League

The evening includes guest stars you’ll recognize from Comedy Central, Conan O'Brien and The Late Show with David Letterman singing songs that are unusual, funny and just plain wrong. See for yourself why Delfino has been publicly denounced by the Catholic League and do something else besides order Chinese food this Christmas Eve!