Off Broadway Hit & Deal: She Kills Monsters (to December 23) 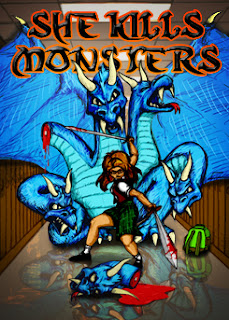 NEW YORK CITY - The Bats are back and ready for action in The Flea Theater’s world premiere production of SHE KILLS MONSTERS, a comedic romp into the world of fantasy role-playing games, written by Qui Nguyen and directed by Robert Ross Parker. Previews begin November 4, with opening night slated for Thursday, November 17. 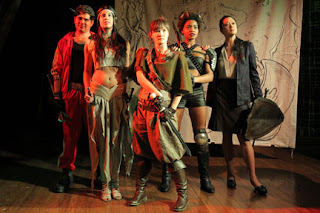 In SHE KILLS MONSTERS, Average Agnes is finally leaving her childhood home following the death of her totally weird sister, Tilly. When she stumbles upon Tilly’s Dungeons & Dragons notebook, however, Agnes embarks on an action-packed adventure to discover more about her sister than she previously cared to know. A high-octane comedy fraught with hostile fairies, randy ogres, and ‘90s pop culture, SHE KILLS MONSTERS is a heart-pounding homage to the badass (& geek) within us all.

The Flea will also host the Dungeons & Dragons-inspired art exhibit DOOMSLANGERS. Successfully presented at New York’s Allegra LaViola Gallery last winter, Artist Casey Jex Smith brings to life a Dungeons & Dragons adventure to save the mythical city of Dingershare from the evil Lord Ricaek. The exhibit can be viewed in the Flea’s lobby one-hour before the show. 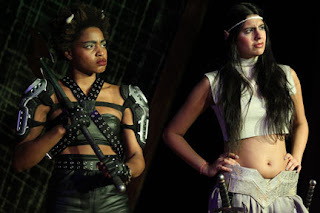 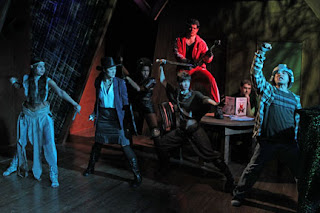 SHE KILLS MONSTERS runs until December 23, Tuesday through Saturday at 7pm and Saturday and Sunday at 3pm. The Flea is located at 41 White Street between Church and Broadway, three blocks south of Canal, close to the A/C/E, N/R/Q, 6, J/M/Z and 1 subway lines. Tickets are $25 and are available by calling 212-352-3101 or online at www.theflea.org. Please also note, all Tuesday performances are Pay-What-You-Can (one ticket per person; subject to availability at the door only) and Saturday matinees are $10.