Toronto, December 12, 2011 - Puppetmongers' beloved winter holiday performances are just around the corner. They have been a tradition for families and theatre-goers in Toronto since 1990 and this year, Puppetmongers presents Bed & Breakfast, an entertaining and charming tale for the whole family, aged 5 years and up. 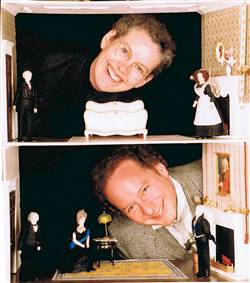 Under the direction of Sue Miner (co-artistic director of Pea Green Theatre), Bed & Breakfast is a whimsical new version of The Princess and the Pea in which clever servants conspire against their bumbling employers in the service of true love, while the hero and heroine dodge hilarious disaster along the road to happily-ever-after. Set in a magnificent miniature mansion of the Edwardian era, older children are intrigued by the captivating detail - tiny working period light fixtures and a teeny steaming bathtub - while younger children are entranced by the story, transfixed by the power of make-believe. Adults appreciate the abundant humour and everyone is delighted by the happy outcome. This magical and witty production, perfect for children aged 5 to 12, has not been seen in Toronto since 2008.

Ann Powell premiered Bed & Breakfast at the Puppeteers of America Festival in Los Angeles in 1985, where it received a Citation for Excellence in the Art of Puppetry from l'Union International de la Marionette, USA. Since being reworked to its current two-hander form, it has twice earned Dora Mavor Moore Award nominations for Outstanding Production in the Theatre for Young Audiences Division, and it was shortlisted for the Chalmers Award for New Canadian Play. 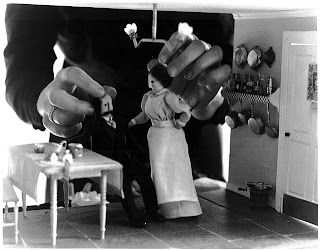 The brother and sister team of Ann and David Powell, aka Puppetmongers Theatre, have been bewitching audiences for nearly 40 years with their extraordinary creations. At the forefront of puppetry arts in Canada, the award winning Puppetmongers have created 11 original shows, both for young audiences and adults, and have toured throughout North America, Europe, and the Middle East. Their puppetry was featured in the 2007 film Mr. Magorium's Wonder Emporium, starring Dustin Hoffman and Natalie Portman.