NEW YORK CITY - Spanish Cinema Now is one of the Walter Reade Theater’s longest-running series, first presented in October 1992. Since then, annual film production in Spain has moved from about 40 movies per year into the triple digits. Audiences in Spain are not only growing, they are considerably younger nowadays, while the links between Spanish and Latin American cinema are stronger than ever. Latin American actors, directors and technicians are enriching the Spanish industry, and co-productions are at an all-time high.

Our series opens with the new film from Nacho Vigolondo (Timecrimes): Extraterrestrial, his smart, much-anticipated take on the alien invasion movie, in which a man and a woman wake up to a Madrid dotted with spaceships, the night after a tryst. Regional cinemas continue to produce strong work, as seen in the fascinating Catalan documentary Barcelona Before or the magic realist Galician film Crebinsky. A new generation of Spanish comedy is well represented in the selection, with everything from box-office superstar Santiago Segura’s latest Torrente film to Daniel Sánchez Areválo’s guy comedy Cousinhood. Don’t miss the Spanish-Portuguese co-production José and Pilar, an engaging, revealing portrait of the final years of Nobel Prize winner José Saramago and his Spanish wife Pilar del Rio. 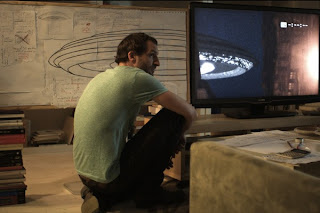 We also offer a 10-film tribute to Luis García Berlanga, one of Spain’s greatest directors, who sadly passed away in November 2010. Together with Juan Antonio Bardem, Berlanga revolutionized the Spanish cinema in the Fifties and early Sixties with such masterworks as Welcome Mr. Marshall!, Plácido, and The Executioner.

Luis García Berlanga Retrospective
Together with Juan Bardem in the early Fifties, Berlanga shook up what had been a fairly dormant Spanish cinema with a series of works—That Happy Couple, The Rocket from Calabuch, and especially Welcome, Mr. Marshall!—that revealed uncomfortable truths about the rigidly controlled Francoist society. Even as the regime began to ease up a bit in the early Sixties, Berlanga, often working with screenwriter Rafael Azcona, became if anything even more barbed in his criticisms in works such as Plácido and The Executioner. Yet beyond being important documents of the growing social resistance to Franco, Berlanga’s films are treasures because their e 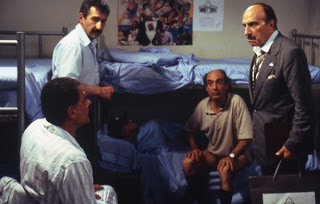 xtraordinary humor always seems to propel his often madcap tales into more general, timeless observations on the human condition. There are rarely villains in his works—only characters with greater or lesser levels of self-delusion.

Luis García Berlanga, who was previously featured in Spanish Cinema Now, passed away in November 2010 at age 89. We are proud to present this special tribute in memoriam.

Acknowledgments
Spanish Cinema Now is presented by the Film Society in collaboration with the Spanish Film Institute (ICAA) in Madrid and the Instituto Cervantes in New York. Special thanks also to the Spanish Consulate General in New York.
Community Partners
King Juan Carlos I of Spain Center at NYU