Zimbabwean Shona Music for the Next Generation: Wona Baba Maraire Out December 5, 2011 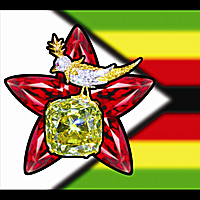 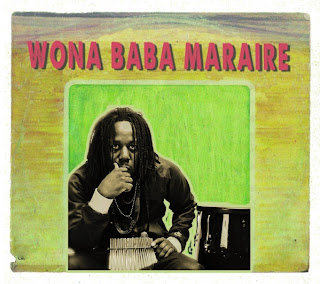 Baba Maraire has a unique vision that he brings not only to his work in Shabazz Palaces, but especially to his family music. He's heir to a rich legacy of Zimbabwean marimba, mbira, and vocal music from both his father and mother, and has a unique perspective growing up on the mean streets of South Seattle and listening to a huge range of American and African music at a young age.

Hearth Music is proud to promote the new album from Tendai 'Baba' Maraire. As one-half of the chart-topping hip-hop duo Shabazz Palaces, Tendai ‘Baba’ Maraire has captured the imagination of the national press. But Baba Maraire has more of a story to tell than his work in Shabazz, and his new album, Wona Baba Maraire, is a full-circle look at his upbringing growing up African in America, and his moment to take the reins of his family’s heritage. 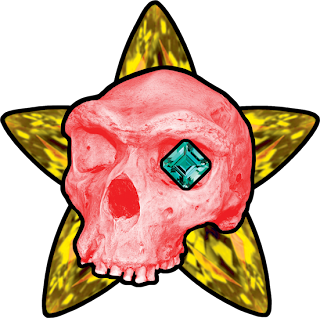 Born to Zimbabwean parents and heir to an incredibly influential legacy of family music, he’s at once a child of Africa and a native son of the United States. And at the same time that Shabazz is burning up the national airwaves, he’s dropped an album of Zimbabwean music that should flip the world music industry on its ear.

On his debut album, Wona Baba Maraire, he shows that he can successfully blend all the many sounds he grew up with into his contribution to world music. Urban beats collide with Zimbabwean mbira lines, auto-tuned vocals with the rich vocal harmonies of Southern Africa, American gospel with African rhythms. It’s an album he wrote not only for his family, but for Zimbabwe too. Singing almost entirely in the Shona language, the songs on the album are meant to uplift and educate, a mission that Baba Maraire learned from his father’s legacy. (Notably, his sister is Chiwoniso Maraire.)This is an album not only for modern Africa, but for the many Africans living abroad and looking to connect to their roots.


• Download the album at www.maraire.net & listen to tracks at cd baby 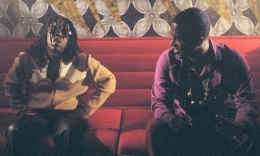 Shabazz Palaces
Tendai 'Baba' Maraire jumped into the international spotlight as one-half of the critically acclaimed hip-hop duo Shabazz Palaces. His musical partner, Ishmael 'Butterfly' Butler, is widely known for his Grammy-award winning work with Digable Planets, but Shabazz is a collaboration between both artists, with Tendai bringing his music and perspective as an African and American musician to Butler's world-weary, cryptic hip-hop rhymes. Shabazz signed to Sub Pop Records and have been touring America, Europe and the World, gathering rave reviews everywhere they go. Their brand of hip-hop is deeply avant-garde, and they ride at the head of the pack of today's new-wave hip-hop artists. With crashing beats, eclectic samples, African mbira, and Butler's intense raps, Shabazz Palaces is the start of a new movement.

Dumisani Maraire
Tendai's father, Dumisani 'Dumi' Maraire was a legendary figure both in his native Zimbabwe and in the United States. He was responsible in large part for the explosion of marimba bands that can now be found in most US cities. His talents as a composer and arranger of traditional Zimbabwean music allowed him to translate this music to Western audiences. Because of his talents and vision, the marimba became a national symbol of Zimbabwe.

Dumb Eyes Design
Baba Maraire's album art was designed by the same mysterious firm that has created the iconic imagery of Shabazz Palaces' albums. Drawing from African art sources, and blending this ancient aesthetic with neon-day-glo pyschedelia, Dumb Eyes are one of the most cutting-edge design firms around. And certainly one of the strangest.
african american musician chimurenga east african music marimba mbira shona music zimbabwean musician