New York City  - The African Diaspora Film Festival 2011 – held in Manhattan between Nov. 23 to Dec. 13 -- showcased a selection of documentaries that impressed both the audiences and the press. Diverse in

subject matter, approaches and styles, these documentaries made ADIFF 2011 a very interesting event.

Filling The Gap by Tyrone Young, is a film about the incredible contribution made by African–Americans to the American nation in the early parts of the19th century;The Storm That Swept Mexico is a well-documented documentary about one of the most important revolution of the 20th century; Menelik Shabazz, in his incredible work The Story of Lovers Rock, describes how Black Brits defined an identity trough song and dance. These are some of the remarkable works that appeared in ADFF 2011 to be showcased, with other documentaries, from January 13th to the 15th as part of the Best Docs of ADIFF 2011 series to be held at Teachers College, Columbia University, 525 West 120th Street – 263 Grace Dodge.

FRIDAY, JANUARY 13
7PM
THE STORY OF LOVERS ROCK
Lovers Rock, often dubbed 'romantic reggae' is a uniquely black British sound that developed in the late 70s and 80s against a backdrop of riots, racial tension and sound systems. Live performance, comedy sketches, dance, interviews and archive shed light on the music and the generation that embraced it. Lovers Rock allowed young people to experience intimacy and healing through dance- known as 'scrubbing'- at parties and clubs. This dance provided a coping mechanism for what was happening on the streets. Lovers Rock developed into a successful sound with national UK hits and was influential to British bands (Police, Culture Club, UB40) These influences underline the impact the music was making in bridging the multi-cultural gap that polarized the times. The film sheds light on a forgotten period of British music, social and political history.  UK, 2011, 96mins, documentary, English, Menelik Shabazz, dir.

Saturday, January 14
1:30PM
THE STORM THAT SWEPT MEXICO
A fascinating story of the Mexican Revolution of 1910, its causes and its legacy. Fueled by the Mexican people's growing dissatisfaction with an elitist ruling regime, the revolution was led by two of the most intriguing and mythic figures in 20th century history - Emiliano Zapata and Francisco "Pancho" Villa.  At stake was Mexico's ability to claim its own natural resources, establish long-term democracy and re-define its identity. More than ten years in the making the film offers a thorough exploration of the beliefs and conditions that led to the revolution, influenced the course of the conflict, and determined its long term consequences in Mexico, the USA and beyond. US, 2010, 120 min, Doc, English and Spanish with English subtitles, Raymond Telles, dir. 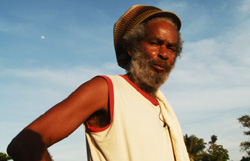 4PM
THE FIRST RASTA
Thirty years after Bob Marley's death, it is time to pay tribute to Leonard Percival Howell, The First Rasta  At the beginning of the last century, the young Leonard Percival Howell (1893- 1981) left Jamaica, became a sailor and traveled the world. On his way, he chanced upon all the ideas that stirred his time. From Bolshevism to New Thought, from Gandhi to Anarchism, from Garveyism to psychoanalysis, he sought to find his promised land. With this cocktail of ideas Leonard "Going" Howell returned to Jamaica and founded Pinnacle, the first Rasta community. France/Jamaica, 2011, 90 min, Doc, English, Hélène Lee, dir. 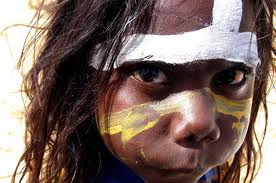 8PM
OUR GENERATION
A powerful and upfront documentary on the Australian Aboriginal struggle for their land, culture and freedom - a story that has been silenced by the Australian Government and mainstream media. Driven by the remote Yolngu of Northeast Arnhem Land, one of the last strongholds of traditional Aboriginal culture in Australia, as well as the voices of national indigenous leaders, historians and human rights activists, the film explores the ongoing clash of cultures that is threatening to wipe out the oldest continuing culture in the world. With music by John Butler Trio, Yothu Yindi, Xavier Rudd, Gurrumul, Archie Roach, Goanna, Saltwater Band and more. Australia, 2010, 73min, Doc, English, Sinem Saban & Damien Curtis, dir. 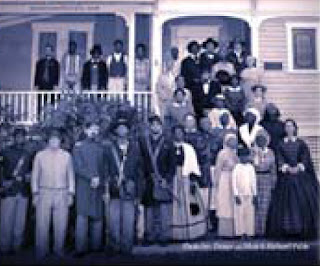 SUNDAY, January 15
2PM
FILLING THE GAP
Conceived as an effort to alter the way African-American children see themselves and their ancestors, this docu-drama    highlights the inventive and inspired  contributions of African-Americans in the 1840s, the period leading to the Civil War in American History. Developed in  collaboration with Florida-based historian Mary Fears to produce a historically accurate portrayal of the brave, compelling lives of African American skilled craftsmen, artists, inventors, and Union spies, the film is certain to enthrall young audiences with this overlooked facet of history.  USA, 2010, 83 min, docu-drama, English, TyroneYoung, dir. Q&A after screening. 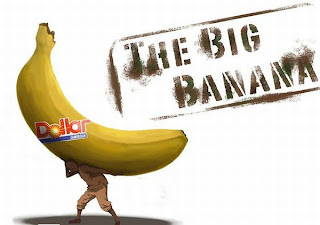 4PM
THE BIG BANANA
This new film exposes multinational corporations culpability in the land grab of Africa, which makes us reconsider where we get our fruit from. Banned in Cameroon, The Big Banana illustrates the poor working conditions in banana plantations and exposes the adverse impact of corporato-cracy government on the people while reaping super profits for corporations. The side effects of plantation corporations on the people of Africa - and everywhere else in the world - are abject poverty and environmental degradation from chemical fumigation. Cameroon, 2011, 85min, Doc. in French with English subtitles, Franck Bieleu, dir. 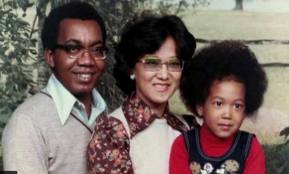 6PM
A LOT LIKE YOU
Seattle based Filmmaker Eli Kimaro is the daughter of a Tanzanian father and a Korean mother.  When her father retires in Tanzania to re-establish ties to his native Chagga tribe, Kimaro, who felt she never developed a strong kinship with the African side of her family, decides to follow him and document his life journey. There, she discovers powerful stories of community, and shocking stories of violence against women, that she artfully weaves into her own life story as an abuse survivor, anti-violence advocate, and mother to a young daughter. As the story unfolds, Eli's Tanzanian father and Korean mother serve as colorful, humorous cultural liaisons to her past. USA, 2011, 80 min, Doc, English and Swahili with English subtitles, Eliaichi Kimaro, dir