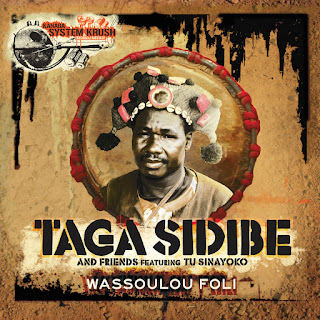 Hot on the heels of grassroots label K.S.K.’s last release Dambe Foli this past Fall, they follow-up with another powerful album Wassoulou Foli. Featured, Sogonikun Djembe traditional Wassoulou music at its best, boasting of the talent emanating from this musically rich region.

Drumming aficionado's will certainly find a wealth of listening pleasure in this album’s percussive mastery yet the epic level of musicality and pairing together with ‘Tu’ Sinayoko’s divine vocals makes it a must-have for music lovers the world over. The beats and verses sung, beckons to lovers of Jazz, The Blues, Funk and Hip Hop offering them an authentic audio journey back to the birthplace of these genres. Label founder Aja Salvatore acclaims “it is an album of soulful singing and drumming from one of my favorite musical regions in Mali. One can hear a lot of "funk" in these beats.”

Wassoulou, has produced some of Mali’s most acclaimed masters the likes of internationally renown vocalists Oumou Sangaré, Sali Sidibe and Nahawa Doumbia. This album is no exception; it is a clear reminder that this region remains a musical hotbed producing this next generation. Home to Master Sogonikou Djembe Fola , Amadou ‘Taga’ Sidibe who masterfully plays the Sogonikun Djembe with hands so nimble. His lightening fast attack on this smaller djembe, cousin to the Manding Djembe showcases a répertoire replete in authentic, traditional Wassoulou rhythms from Sogonikun to Didadi. Abdoul Doumbia, Master Djembe Fola and former Professor of African Studies at Brown University found this album so compelling he enthusiastically says "K.S.K. should record five albums of Taga. He is a master of the highest level of Wassoulou music."

Taga is a renown figure throughout Mali drawing crowds into the thousands. He is both a revered hunter and musician versed in Sogonikun. A kind of music typically performed during ceremonies meant to 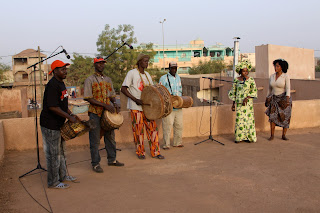 uplift and beat back negativity. He is often called on to hype up audiences and entertain the occasional bush spirit he says. Listeners around the globe now get the chance to take in this soulful experience. This his first headlining album, showcases his superlative skills with complex drum solos roaring between verse and chorus. Oz Fritz, a Sound Engineer and collaborator with Bill Laswell, Herbie Hancock, Bob Marley and many others calls “Taga a master, and Tu’s voice angelic.”  He hails “This is an amazing album!”

Taga represents one of the last bastions of traditional djembe drumming played in contrast to the all too common ballet style. Staid and true, his répertoire has been passed down through an ancient lineage. Learning at the hands of Mansa Bagayoko, Taga was hand picked to rigorously study drumming and continue an authentic tradition so integrated into daily life. Whatever challenges one might face, music remains a source of wisdom and healing for the soul.  Salvatore echoes music’s role in Mali and beyond he explains, “music is not separate from life, it is intertwined to deal and cope with daily living.”

Joining Taga with lead vocals is the novice and up-and-coming songstress ‘Tu’ Sinayoko. She sets her sights to be the next ‘Songbird of Wassoulou’ with her passionate vocals so emotive and uplifting. Her voice remains in perfect key, as she magically weaves through verse upon verse. On chorus is vocals by Sita Diarra with Shaka Diallo accompanying on the Djembe and Lansine Sidibe on the Konkoni. Last but not least on the Bari Dun Dun and Konkoni is Taga’s lifelong musical companion, Yakoub Sidibe. The incredible interplay between Taga and Yakoub has been honed since childhood when they first began playing together more than thirty years ago on the Kamalen N’Goni. The keenest of ears can sometimes 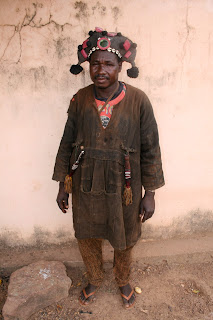 hear up to forty variations of a single rhythm.

This charged album is infused with the potency of the drum that takes listeners on a journey of encouragement, well wishes and offers words of wisdom. Along with the enormous musicianship that any a serious percussion enthusiast and student of drumming could appreciate, it showcases music’s profound ability to transcend culture and language as could not be more evident. Tu’s vocals affective and seer-like as she sings that we all need hope in life, one can not help but feel the heart stir.

In addition to Wassoulou Foli, Taga and Tu join other renown Malian musicians to be featured in "Music in Mali: Life is Hard, Music is Good" a feature-length documentary on musicians and musical traditions from West Africa also produced by K.S.K. and due out Summer 2012.

About Kanaga System Krush
Kanaga System Krush (K.S.K.) is an independent record label, operating on a fair-trade principle, focused on the preservation and promotion of traditional music from West Africa. By bringing this music to the world market, K.S.K. is opening new channels to an old tradition, as well as providing direct support to the carriers of this ancient knowledge. K.S.K. and acclaimed producer/engineer Oz Fritz have produced and released nearly a dozen albums over the last five years, most notably Lobi Traore’s career-topping electric live set Bwati Kono.