Singer, songwriter, and dance-floor instigator KG Omulo can do anything.

He regularly packs American clubs with gritty calls for justice and hard-hitting Afrofunk. He has moved sold-out arenas with his baritone voice in his native Kenya. He takes on the dark ironies of politics, with 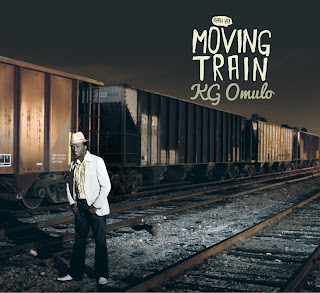 anger in the groove, reveling in the potential to shake things up while shaking your thing.

Now on his first major U.S. tour and on Ayah Ye! Moving Train (release: January 10, 2012), he calls on the spirit of Bob and Fela, of Marvin and Stevie, and gets right to the point. No vamping or self-righteousness, just banging horn breaks, sweet and snarling guitar, and a voice that can croon, cry out, and urge on.

• KG's fans raised over $5,000 in support of his tour with a kickstarter campaign
• Check the link for future dates as the tour takes shape

“I can be conscious and get people stirred up instead of bringing them down,” Omulo explains. “I make positive music that educates without judging. I want to create awareness and still make people dance.”

Omulo’s dance-floor positivity has deep roots. His family was very pious, yet savored lively political discussions. His mother had conservative religious views, but still shared the Motown hits, East and West African classics of her youth with her son. Omulo learned that the spirit could shape the world—and could do so through powerful music.

This faith and pop savvy combo led to his first musical coup: As a teenager, Omulo and two close friends from his rural Kenyan high school sang gospel a cappella for stadium crowds. “We were a barber shop-style trio, doing something between doo wop and Ladysmith Black Mambazo, because we didn’t have any instruments at our school,” Omulo recalls. “We recorded a simple tape and before we knew it, we were traveling to Nairobi and singing for 35,000 people a show. We never thought it would get so serious.” 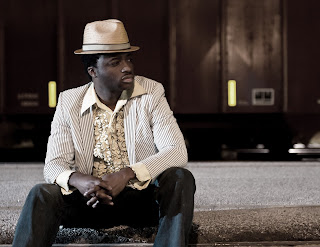 But when Omulo’s parents moved to Rhode Island, KG had to follow. “I had to start from scratch,” he says.

The challenge opened new musical vistas for Omulo, who wanted to reach a whole new set of ears. His education took him to Florida, far from any Kenyan émigré community and even farther from his roots. He knew he needed a live band. He knew he wanted to move people—move them to toss aside apathy, fight for their rights, work together for justice. He began to think funky.

“I needed to find common ground, a cross-over point,” Omulo reflects. “I’m one of those people who can adapt to the immediate surroundings. I could have stuck to what I was doing so well back in Kenya, but that didn’t make sense in Florida.”

What made sense was a rock-infused, reggae-powered take on Afrobeat and Afropop that doesn’t linger in long instrumentals, but goes straight to the irresistible hook. Fueling all the carefully crafted tracks, Omulo’s longing for a different, more just world gives his good-time music a compelling depth of meaning.

It’s not just about making it—as an immigrant, as a musician—but about making it matter. Omulo uses the groove to rile up and wake up, to praise the often unsung efforts of the world’s women (“Quality Women”) 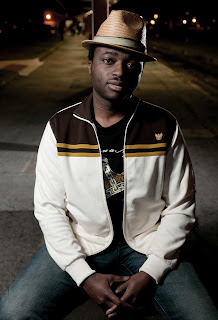 or to point out the political roots of economic hard times (“Intervention”).

On stage and in the studio, KG runs the show. He writes all the music, brainstorms lyrics in English and Swahili, and even uses visual editing skills gleaned from post-production film work to perfect tracks in the studio.

But he knows when to bring in friends to the mix, and Omulo’s Florida-grown backing band has worked with everyone from Ray Charles to T-Pain. “Cleary Boulevard,” an uptempo shout-out to the vibrant South Florida scene, features recording engineer, producer, and close friend Ramsees Mechan bantering in Spanish as KG waxes poetic in Swahili. “Ready to Love” features guitarist and MC Fareed Salamah (“Ripstah”), originally from the Virgin Islands, who lays down lush, purring guitar on the reggae-styled anthem to an open heart...

“I always think as I’m making music, ‘This doesn’t end here, even if this one situation doesn’t work, life goes on,’” Omulo muses. “I want people to live, to love, to fight for what they believe in. To belong and to care about others. If you can reach that special place in your heart, you can achieve anything.”