TORONTO, January, 2012 - Maxine Heppner with Across Oceans presents the first reveal of my heart is a spoon, experimentations through dance-media that look through the lens of Japanese manga aesthetic to riff on the emotional and physical energy of an all too-common state of being: rage. Part of the Rage Project, 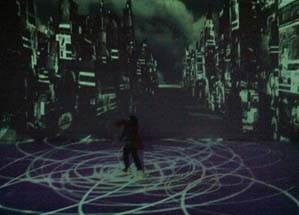 a month-long series of events examining rage's potential as a creative force in arts and culture, my heart is a spoon runs January 19-22, 2012 at The Theatre Centre, a Dance Works Co-Works Series event, and in cooperation with the Japan Foundation.

my heart is a spoon explores how we express bottled-up energies: aggressively, constructively, in loneliness, joy and humour. A girl who identifies herself through edgy pop manga is drawn into a world rooted in the past. Looking into the eyes of rage, through the lens of manga into the sepia corners of the past, Heppner's newest experiment promises uncompromising physicality with her characteristic blend of boldness and sensitivity.

my heart is a spoon is an international collaboration with a distinguished group of Japanese and Canadian artists collaborating on this first process of development. 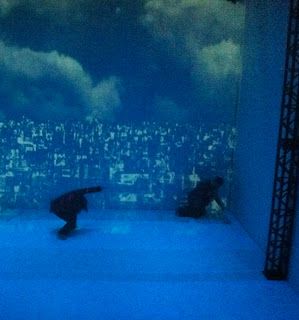 A spoon: innocuous and yet demanding; empty it asks to be filled; and filled, is immediately emptied. "Rage" is a word so easily used in daily conversation, yet actually describes a human condition that can be cataclysmic. Rage Project's goal is to gain a deeper understanding of how people live through and with the serious rages of life. For early research, Heppner and her partners consulted experts (psychologists, political scientists, political activists) and people who have lived through rage (sufferers of Iranian prisons, Hiroshima, the Holocaust, Native Canadian residential schools and crippling physical illness). This uncovered many forms to the release: destructive and creative, explosive, implosive, slow venting.

Heppner also searched for examples in expressive arts, leading her into the worlds of digitized cultures, and was subsequently inspired by the explosive imagery of manga cartooning. (Originally Japanese, manga is cartoon storytelling that developed in the 1600s as either political cartoons or about traditional legends and myths. Today it is pop culture, ubiquitous and popular with millions internationally. This piece is not manga but riffing from its energy and conventions.)

my heart is a spoon is the centrepiece of this month's Rage Project that includes origami sessions creating props for the set; a discussion with psychoanalyst Dr. Mavis Himes on creative process and how ideas turn into art; Manga from Edo to Now, a talk about the colourful history of manga; a photo exhibit of cosplay portraits by DROO, photographer for conventions and Super Kawaii; and a mini-festival of Anime films with classic feature films Akira and Summer Wars.

Maxine Heppner trained in the American dance techniques of Martha Graham and Merce Cunningham, yet her deepest influences are a collection of contrary viewpoints: the postmodern The House; the European dance of Mary Wigman and Kurt Joos through mentors Elsie Salomons, Alwin Nikolais and Hanya Holm; and the contemporary dance pioneers of Indonesia. Early creations in the 1970s and 80s were collaborative co-ops: Ace Buddies, MusicDance Orchestra, 15 dance lab, Phyzikal Theatre and others. Since 1989, she has been guest artist in many East Asian contemporary arts projects in Indonesia, Singapore, Philippines, Malaysia, Hong Kong, Vietnam and Japan. Since 1998 her journey has included Europe. Her last piece in Toronto was Krima!, named one of NOW Magazine's top 10 best dance shows of 2009. Through her projects and residencies, she has experienced the inner workings of communities and cultures very different from her own. This project is a reflection of many of these influences.

Takako Segawa began her career in Japan before performing with leading companies in England, Italy, Slovenia and Greece. In Canada, working with Maxine Heppner, she has also danced with Hiroshi Miyamoto, Xing Ballet Theatre, Corpus, Cube3, Buyaku, Keiko Ninomiya, Nuit Blanche and in independent projects. Her awards include the All Japan Kobe Dance Festival Award in 1994 and 1998, and in 2005 she was recognized at the Stuttgart International Solo Dance Festival. She continues to perform and choreograph in Tokyo, Kobe, Osaka, Hakaido, Kochi and across Japan.

Gerry Trentham has performed extensively throughout North America and Europe in the works of many of Canada's most prominent contemporary choreographers, including a seven-year tenure with Serge Bennathan's Dancemakers. As artistic director of his company pounds per square inch performance, he creates works that synthesize dance, scripted text, visual art, video and media design, and live commissioned music.