The National Film Board at Sundance 2012

Montreal – The National Film Board of Canada’s leadership in film and interactive documentaries and auteur animation will be on vivid display at the 2012 Sundance Film Festival (January 19 to 29, 2012), with a pair of world premieres and a North American debut.

The online launch of the interactive web documentary Bear 71 will be marked with a dual-city installation of the same name, beginning January 19. This adaptation of Jeremy Mendes and Leanne Allison’s webdoc will be featured at The Yard in Park City from January 19 to 29, as part of the festival’s New Frontier program, and includes a live performance on January 20. The Bear 71 installation will also be at the Utah Museum of Contemporary Art in Salt Lake City from January 19 to April 19.

Jennifer Baichwal’s feature documentary Payback, based on Margaret Atwood’s bestselling book Payback: Debt and the Shadow Side of Wealth, will have its world premiere in the World Cinema Documentary Competition. Baichwal’s previous films include the Genie Award-winning 2007 Mercury Films/Foundry Films/NFB co-production Manufactured Landscapes.

Making its North American debut in the New Frontier program is Tibor Banoczki and Sarolta Szabo’s animated short The Conquerors, a co-production of France’s Folimage and the NFB. 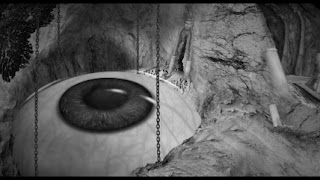 Bear 71 is an installation-based adaptation of Jeremy Mendes and Leanne Allison’s online interactive documentary, about a grizzly bear in the Canadian Rockies. Audiences use an augmented reality application to explore the bear’s world—“nature” vividly re-imagined through the lens of technology, featuring thousands of trail-cam images of wild animals in their natural environment. The bear’s poignant story, revealed through a compelling script written by 100-Mile Diet co-author J.B. MacKinnon, explores the uniquely modern territory where the wired world ends and the wild one begins. Bear 71 is produced by Loc Dao, Bonnie Thompson, Rob McLaughlin and the NFB’s Digital Studio. 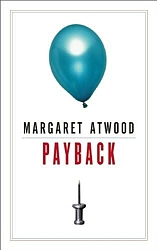 Payback explores debt as a mental construct and traces how it influences relationships, societies, governing structures and the fate of the planet. It looks at the link between debtor and creditor in a variety of contexts and places—from the mountains of northern Albania to the tomato fields of southern Florida—blending compelling stories of “owing” and “being owed” with the perspectives of renowned figures like Karen Armstrong, Louise Arbour, William Rees, Raj Patel and Conrad Black. Stories and insights are woven together by the prescient and acute observations of Atwood herself, who demonstrates both that “debt” as an idea lies at the very core of human experience, and that, because it is an idea, the way we think about it changes how it works. Written and directed by Baichwal, Payback is produced by Ravida Din for the NFB.

Alternately a vision of paradise and purgatory, the animated film The Conquerors calls into question human conquests and the rise of civilizations. At the dawn of time, a young man and woman set out to conquer an inhospitable land in the hope of transforming it into paradise. Their quest is not without consequences and pushes them ever further, ever higher. But to what end? Directed by Tibor Banoczki and Sarolta Szabo, The Conquerors combines 2D and 3D animation with pixillation. It was produced through the Artists-in-Residence program at Folimage in co-production with the NFB. The producers are Pascal Le Nôtre (Folimage), Julie Roy and René Chénier (NFB). (image above)