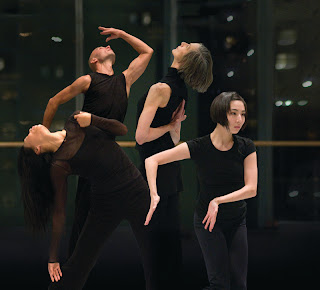 re-imagining and the world premiere of a major new work in celebration of the centenary of John Cage's birth.

the sound and feel of it is a showcase of master artists, and a collaboration that transcends generation and discipline. Unique in its field, this presentation is as much about music as dance: Peggy Baker Dance Projects creates a dancer's world for the audience to experience - through music, movement and stunning visuals - by embracing the sound and feel of it.

At the heart of the sound and feel of it is the world premiere of a new piece, Piano/Quartet, a celebration of legendary composer John Cage on the occasion of the centenary of his birth. Baker sets dancers Ric Brown, Sean Ling, Sahara Morimoto and Andrea Nann in motion, translating - as choreography - a series of beautiful and complex poems by John Cage, based on quotations by the painter Jasper Johns.

Says Baker, "More than any other writing I've ever seen, this writing by Cage feels to me like choreography - the way that a single idea gets pulled apart and constantly re-configured so that the meaning comes out over a much more extended period of time. They take you toŠimages and ideas that are beyond the explicit language being used."

A man writes poems composed of another man's words. A choreographer uses the poems as the score for a dance. The dance is performed to the music of the poet. We do not hear the poems, we see them danced. What we do hear is selections from Cage's Sonatas and Interludes for prepared piano played by the stellar Toronto-based composer and pianist John Kameel Farah. Farah received the 2011 K.M. Hunter Artist Award for music. His recently released CD "Pieces of the Earth" is a collaboration with pianist Attila Fias of music for two pianos, and his next album "Between Carthage and Rome" will be released in mid-2012. 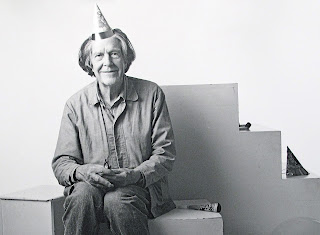 Also on the bill are:

In the Fire of Conflict, which first appeared at the 2008 Toronto Summer Music Festival danced by choreographer Peggy Baker, and is now reinvented as a startling, virtuosic vehicle for the fearless dancer Benjamin Kamino. His body is thrown into action by Christos Hatzis' powerful score, the driving performance of percussionist and marimba virtuoso Beverley Johnston, and the raw, blunted text we hear delivered by its author, Steve Henry (rapper Bugsy H).

Portal, a remount of Peggy Baker's solo that was honoured with the 2008 Dora Mavor Moore Awards for Outstanding New Choreography and Outstanding Performance. Portal strips the act of dancing to the bone. In this stark and enigmatic solo, Peggy Baker shares a silent theatre with the audience, dancing brief passages in tiny shards of light; a solitary figure stranded at the brink of eternity.

Peggy Baker is one of Canada's most outstanding and influential dance artists. A founding member of Dancemakers (Toronto/1974), she toured internationally with Lar Lubovitch, Mikhail Baryshnikov and Mark Morris before debuting as a soloist in 1990. Appointed Artist-in-Residence at Canada's National Ballet School in 1992, Baker is the recipient of the 2006 Premier's Award for Excellence in the Arts, an honorary doctorate from the University of Calgary, three Dora Mavor Moore Awards for Outstanding Performance and two for Outstanding Choreography. She is a member of the Order of Ontario and the Order of Canada, and is the recipient of the 2009 Governor General's Performing Arts Award for lifetime achievement in dance. In 2010, she was awarded the Walter Carsen Prize for Excellence in the Performing Arts.