TORONTO, ON… Artistic Director Ken Gass wants Toronto audiences to know that Penny Plain’s next stop in its Canadian tour is Factory Theatre: “Penny Plain, created and performed by Ronnie Burkett, was a critical and box office success in western Canada; since premiering this fall in 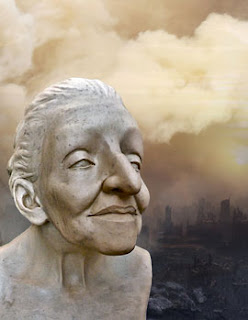 Edmonton, and touring to Calgary and Vancouver, it’s received four and five star ratings from critics and broken box office records. I recommend that Burkett fans reserve their seats now to see this apocalyptic dark comedy, some call Burkett’s magnum opus, during our Mainspace run, January 20 – February 26. And, if the Toronto audience interest in Penny Plain matches that of our 2010 presentation of Billy Twinkle, people will be lining up around the block.” Penny Plain is the 12th production from Ronnie Burkett Theatre of Marionettes, following the international success of Billy Twinkle, 10 Days on Earth, Provenance and the “Memory Dress Trilogy” of Tinka’s New Dress, Street of Blood and Happy.

Ronnie Burkett has been captivated by puppetry since the age of seven, when he opened the World Book Encyclopedia to puppets. He began touring his puppet shows around Alberta at the age of fourteen and has been on the road ever since. Recognized as one of Canada’s foremost theatre artists, Ronnie Burkett has been credited with creating some of the world’s most elaborate and provocative puppetry. This 2011/12 season marks the 25th anniversary of Ronnie Burkett Theatre of Marionettes. 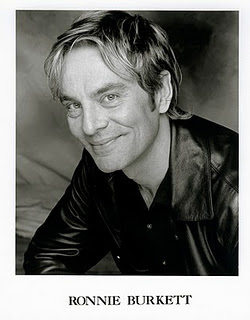 Penny Plain sits in her overstuffed chair, listening to the news of civilization's inevitable end. When her companion dog Geoffrey leaves to live as a man, the outside chaos invades her sanctuary. With a cast including survivalists, a serial killer, a cross-dressing banker, talking dogs and mysterious strangers, Penny Plain is a poignant and chilling drawing room comedy of apocalyptic proportions. (http://www.johnlambert.ca/english/ronnie/ronnie.htm).

Marionette, Costume and Set Design is by Ronnie Burkett, with Dramaturgy by Iris Turcott, Music and Sound Design by John Alcorn, Lighting Design by Kevin Humphrey and Stage Management by Crystal Salverda. Penny Plain is produced by Rink-A-Dink Inc./Ronnie Burkett Theatre of Marionettes. The original production of Penny Plain was commissioned by The Citadel Theatre (Edmonton, AB) and co-commissioned by The National Arts Centre (Ottawa, ON). Co-commissioning partners include Alberta Theatre Projects (Calgary, AB) and The Cultch (Vancouver East Cultural Centre, Vancouver, BC) with support of the development of the play by BMO Financial Group. Ronnie Burkett Theatre of Marionettes is exclusively represented internationally by John Lambert & Assoc., Montreal, Canada.