Screenwriter and novelist Stephen Mateo returns to hometown Toronto
for Canadian launch of his first book
a novel about his father's harrowing escape from tyranny
January 21 & 22, 2012 at Chapters and Indigo 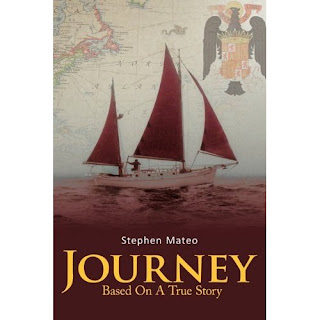 Available online at amazon.ca and chapters.indigo.ca, Journey is the riveting true story about his father Tomas Mateo Castellano and his harrowing escape from Franco's fascist Spain to a new life in Canada - and the secret he kept from his family almost his entire life.

Journey is the story of the lengths one will go to in search of freedom, the simultaneous desire to find our place in the world, and the guilt we feel over separating ourselves from our family. Ultimately, it is about a young boy becoming a man, bravely choosing the future rather than the past and the heart-breaking consequences of that decision.

It's 1946 in Franco's fascist Spain. Tomas is 17-years-old, living in the remote Canary Islands where they are still reeling from three years of bloody civil war. Soldiers, trained by Hitler and loyal to Franco, wander the streets, unchallenged, killing anyone suspected of disloyalty to the Franco regime. Torn between his family and his dream to be free from tyranny, Tomas makes a tortuous decision that changes his life and those he loves forever. Without telling anyone, Tomas and a friend risk their lives to escape. Knowing little about sailing, they steal a small sailboat owned by a General of Franco's Civil Guard in the middle of the night and set sail for America, handing over their lives to the uncompromising sea in search of freedom and a better life.  The story follows their extraordinary adventure and their struggle for survival as well as the suffering a family goes through after waking up one morning to find their son has disappeared.

Says Mateo, "It was my parents' 50th wedding anniversary when I discovered a letter that opened a door to an astonishing saga that had been kept secret from me and my four siblings. It was the contents of that letter 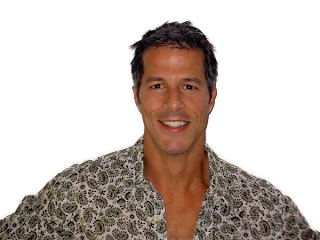 that inspired me to tell the story of my father's courageous journey that led him to Toronto and Canada, a city and country that fulfilled all of his dreams. In so doing, it not only brought us closer before he died, it remarkably seemed to heal and banish the guilt he harbored over his actions all these years - and for that I'll be eternally grateful."

Born and raised in Toronto, Canada and currently living in Hollywood, Stephen Mateo began his career as an actor, studying in Los Angeles at the renowned Playhouse West with Robert Carnegie and Jeff Goldblum and at Howard Fine Studios. Mateo's acting career has been grounded in television and theatre, appearing in various sitcoms and landing a co-starring role on the CBS sitcom "High Society." He also appeared Off-Broadway in the hit The Crumple Zone in both New York and Los Angeles.  Soon after that, he decided to follow his passion for writing. The result was his first full-length feature Dear John, which he plans to produce shortly. His second screenplay is Journey, which he adapted into a first novel, published by AuthorHouse in 2011.