TARRAGON THEATRE PRESENTS
THE CANADIAN PREMIERE OF THE GOLDEN DRAGON 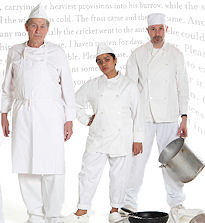 In the cramped kitchen of The Golden Dragon, a ‘Chinese/Vietnamese/Thai restaurant’, a crisis is unfolding: a young Chinese cook — the new one, the one who’s looking for his sister — has a toothache.  Without residency papers, his decayed tooth must be wrenched out by another member of the kitchen staff. The missing tooth lands in a bowl of Thai soup of a flight attendant. In the apartment building above them, a young couple fights and eats takeout, while another man escapes from his apartment to the restaurant below to avoid watching his wife move out. The same man ends up drinking with the shop-keeper of the dry goods store next door to the restaurant, who is more connected to the young Chinese man than anyone suspects.

Schimmelpfennig, one of Germany’s most innovative and adventurous writers, tells stories of the dark side of our globalized world, stories of exploitation, greed, and our interconnectedness with others — even if it appears the fate of a young boy has nothing to do with us.  The Golden Dragon is a mosaic of intersecting lives,  depicting the rootless nature of many people’s modern lives and the parallel world of migrant workers.

“Roland Schimmelpfennig is the most produced living playwright in Europe, and this isn't an accident. His world is our world,” says director, Ross Manson, who also recently commissioned Schimmelpfennig’s Peggy Picket Sees the Face of God for Volcano Theatre, as well as directing the Canadian premiere of Schimmelpfennig’s The Arabian Night. “He writes the urban experience we see on the streets around us – whether these streets are in Germany, or in any of the 40 or more countries that show his work. The Golden Dragon is one of his strongest plays – beguiling, hilarious, and deeply affecting.”

Roland Schimmelpfennig’s plays include Push Up, On Greisswalder Street, Arabian Night, The Woman Before, and Peggy Picket Sees the Face of God.  He first worked as a freelance journalist and author in Istanbul before studying as a theatre director at Munich’s Otto Falkenberg School. Schimmelpfennig was dramaturge at Berlin Schaubühne and house author at Deutsches Schauspielhaus in Hamburg. In 2010, Schimmelpfennig was awarded the Mühlheimer Dramatists Award for The Golden Dragon. Schimmelpfennig also received the highest Playwriting Award in Germany, the Else-Lasker-Schüler-Prize, to honor his entire oeuvre.

Ross Manson is an actor, director, and translator, and the founding artistic director of Volcano Theatre. He is the winner of a KM Hunter Artist Award (for theatre), has been nominated for numerous Dora Awards as both an actor and director (winning in the latter category), and has been nominated for The Siminovitch Prize in Theatre. As an actor, Ross has appeared in film, television, radio, and in leading roles at over 20 theatres across Canada.