Black History Month: Kick It Off at Kuumba Feb 3-5 at Harbourfront Toronto

TORONTO, ON (February 2012) – In celebration of Black History Month, Harbourfront Centre proudly presents the 16th edition of Kuumba, a weekend-long festival (Feb. 3-5, 2012) that invites members of the

public to explore and celebrate the heritage, traditions and culture of African-Canadians.

This year’s festival features a rare live appearance by legendary reggae music producer, Clive Chin. VP Records/17 North Parade Celebrates 50 years of Jamaican Music is a once-in-a-lifetime music event that commemorates Jamaica’s Anniversary of Independence with an exclusive DJ workshop on the history of Jamaican music led by Clive Chin. He is best-known for establishing dub as a standalone musical form and for producing hits for some of the greatest reggae musicians including The Wailers, Dennis Brown, Lee "Scratch" Perry, Augustus Pablo, Peter Tosh, Gregory Isaacs and Black Uhuru. Chin is a musical pioneer, producing the Java Java Dub album in 1973, arguably the first-ever dub album and will be signing copies of the album following the event. 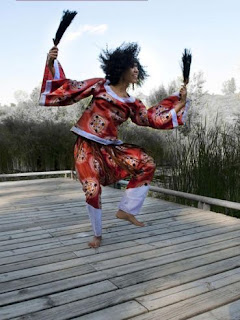 Kuumba goes high-fashion at Fashion Blackout—a multi-faceted event that shines a spotlight on black and diverse designers, models and influencers in the fashion industry. The event kicks off with a screening of The Colour of Beauty, a shocking documentary that examines racism in the fashion industry, followed by a Walk This Way fashion workshop with Canadian model Stacey McKenzie and panel discussions with fashion designers and influencers including top fashion blogger Miss SLY (Noëlly Sam), leading agent Norwayne Anderson (NAM) and fashion journalist Sarah Nicole Prickett.

This winter, Harbourfront Centre presents programming that questions the BIG iDEA of “Perspective.” Join us Feb. 3-5, 2012 to gain perspective on black history and to celebrate the vitality of Toronto's African and Caribbean communities, by showcasing works by innovative Canadian and international artists. Most events are FREE and take place at Harbourfront Centre (235 Queens Quay West, Toronto). For more information and to purchase tickets call 416-973-4000 or visit harbourfrontcentre.com. 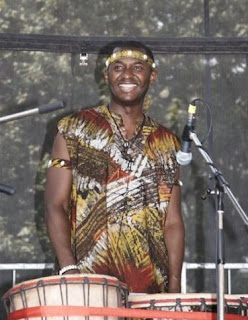 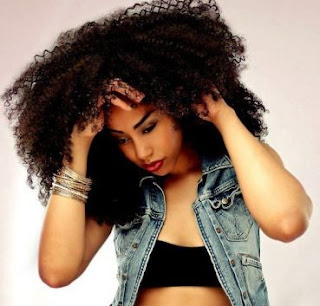 FILM
Celebrating the Cinematography of Jamaica and Trinidad & Tobago:
Joebell and America, directed by Asha Lovelace (Jamaica)
Friday, Feb. 3, 6:30 p.m. (Studio Theatre)
Based on the true story by Earl Lovelace, Joebell and America tells the story of Joebell, a gambler who concocts a risky plan to escape to the promise and fantasy of America. Prepared to leave everything behind, including his newly-found romance with the village beauty, Joebell sets out for his final destination. The film received the Best International Narrative Feature Award at the Women’s International Film Festival.

Celebrating Black Canadian Filmmakers:
Devotion, directed by Dawn Wilkinson (Canada)
Friday, Feb. 3, 9:30 p.m. (Studio Theatre)
Alice, a bi-racial 11-year-old girl, has recently lost her mother in a car accident caused by her father’s drunk driving. As father and daughter begin a new life, Alice is haunted by nightmares and memories of her mother’s death and the new woman in her father’s life. Winner of the Best Feature Award at the San Francisco Urban Kidz Film Festival, the Star! Audience Choice Award at the ReelWorld Film Festival and the 1st Annual Tony Stoltz Completion Fund Award.

Celebrating the Cinematography of Jamaica and Trinidad & Tobago:
Saturday, Feb. 4, 1:30 p.m. (Studio Theatre)
A series of short films celebrating the richness of Jamaican and Trinidadian cinema.
• Caribbean Skin, African Identity, directed by Mandisa Patin (Trinidad & Tobago)
Caribbean Skin is a documentary that examines the concept of African identity as it has evolved over generations in Trinidad & Tobago. In it, the director explores her own identity using the Emancipation Day parade and its rituals as a starting point for her journey. Interviews with African-Caribbean scholars define and explain some of the complexities of race in this society. 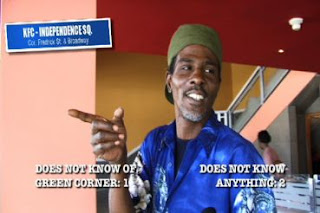 • Directions, directed by Renee Pollonais (Trinidad & Tobago)
No one gives directions like a Trinidadian. In this short dramatization of that endearing and frustrating phenomenon, a number of persons are asked to give directions to a well-known Port of Spain landmark, with hilarious results. Directions received the People’s Choice Award at the Trinidad & Tobago Film Festival.
• Entry Denied, directed by Christopher Browne (Jamaica)
Entry Denied  follows the story of a young Jamaican footballer from the ghetto of Kingston who is refused a visa to take up a scholarship at a university in the US.  Dramatic events and coincidences conspire to take the story to an alternate conclusion.
• Now Jimmy!, directed by Mary Wells (Jamaica)
Now Jimmy! is a short documentary that explores land rights issues. The film follows a riveting and unusual story about the title character, a squatter who has built a home out of salvaged materials on prime Jamaican real estate. The film received the Outstanding Documentary from the Caribbean Award by the Sheryl Lee Ralph Jamerican Film & Music Festival, screened at TIFF and was chosen by UNESCO to be a part of an international selection of films from around the world for the new Radio-Television Afghanistan.

Celebrating Black Filmmakers:
Lying Lips, directed by Oscar Micheaux in partnership with COMMFFEST
Saturday, Feb. 4, 5 p.m. (Studio Theatre)
Lying Lips is a 1939 drama starring Edna Mae Harris and Robert Earl Jones (the father of James Earl Jones) that follows a nightclub singer who refuses to "date" customers, so she's framed for the murder of her aunt, convicted of the killing and sent to prison. However, her friend, who is a police detective, doesn't believe she did it and sets out to prove her innocence.

Celebrating Black Canadian Filmmakers:
Finder of Lost Children, directed by Ricardo Scipio (Trinidad & Tobago)
Saturday, Feb. 4, 7:30 p.m. (Studio Theatre)
Finder of Lost Children is the story of two half-sisters that meet for the first time after the funeral of the father neither one of them knew. These reluctant siblings make a road trip to deal with their father’s meager possessions and discover the existence of several other lost brothers and sisters who are unaware of their father’s passing. The film was screened at the Hollywood Black Film Festival and at CaribbeanTales Film Festival. 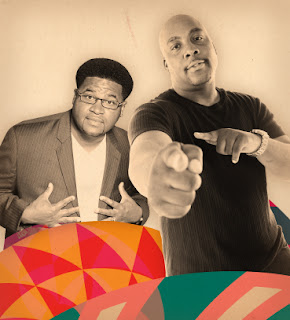 FASHION
Fashion Blackout
Saturday, Feb. 4, 2-4 p.m. (Brigantine Room)
Fashion Blackout is a multi-faceted event that shines a spotlight on black and diverse designers, models and influencers in the fashion industry. Join us for the screening of The Colour of Beauty, a shocking short documentary that examines racism in the fashion industry; a Walk This Way fashion workshop with Canadian model Stacey McKenzie and panel discussions with fashion designers and influencers such as Montreal’s Miss Sly (Noëlly Sam), leading model agent Norwayne Anderson (NAM) and journalist Sarah Nicole Prickett. Hosted by CBC personality Anne-Marie Mediwake.