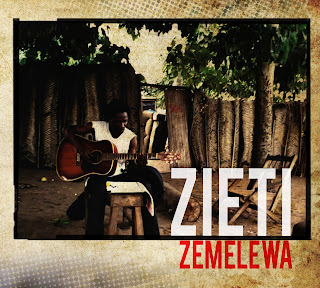 Far across the lagoon, people swayed as the music from battery-powered amps and sardine-powered jams drifted over the water.

They were dancing to the beach rehearsal of Zieti, two Americans (guitarist Michael Shereikis and drummer Alex Owre) and two Ivorians (lead singer Yeoue Narcisse and guitarist/vocalist Tiende Laurent) who had unexpectedly become fast friends. By the water near Abidjan’s oceanfront shantytowns or in a tiny rehearsal studio built from shipping crates, the quartet developed an exuberant rapport in skillful, insistent songs.

Now a decade removed from Abidjan's mellow beaches, after years of political turmoil and violence, and despite the players' radically different backgrounds, Zieti has done the impossible: make roots-rich music that sounds utterly fresh and organic. Undulating bass lines, bright vocal harmonies, glittering percussion, wailing organ and accordion, and a vintage vibe winking at the best of 70s Afrofunk, they all come together on Zemelewa (Grigri Discs; March 6, 2012) for a refreshing and passionate take on Ivorian tradition and the current state of Afropop.

But it almost never happened: “Before I left the country, we had gone into the studio and recorded ten tracks,” Shereikis recalls. “That recording was lost, which was a major blow to all of us. It sounded great though, and a lot of the songs on Zemelewa come from that time.”

Those songs were honed over two halcyon years of playing together. Composers Yeoue and Tiende had been friends for years, playing music together since they were kids in their home area in far Western Ivory Coast. It was King Shabba, a heavyweight on the Rasta-dominated local scene, who first connected them 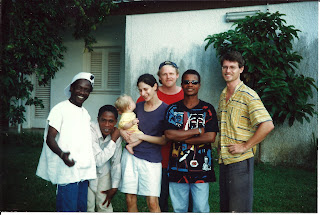 “It was instant friendship,” Yeoue remembers, “because Alex and Mike would come out and visit us, even though we lived in a part of town people thought was rough, and we’d go visit them. We saw each other all the time. We’d share simple meals—manioc and oil, sardines and bread—and we’d all eat from the same bowl.”

“From the very beginning we sat down and just played,” Owre reflects. “Not, ‘You play this, you play that.’ The guys accepted my style and they liked what I brought to the mix. They were happy to have some approaches that were different from what they got on their home turf. The faith and trust in each other superseded any need to be orthodox.”

Songs came together effortlessly: the group penned “Bah Bohi” five minutes after their first meeting with Shereikis. The friends practiced on the beach—a fact that’s almost palpable on elegant, aching tracks like “Tche.” They drew on Yeoue and Tiende’s Guere traditions for the lovely melodies and unique rhythms of their deep-rooted musical heritage, especially on songs like “Tindehe” and “Zion Do.”

Wide-ranging musically, Yeoue and Tiende’s lyrics tackle issues from AIDS awareness to the power of tradition, from love lost to the need for political unity in a country torn by infighting and violence. They sing primarily in Guere, but as Shereikis says, “You don’t have to understand the words to appreciate this music. As you’re tapping your foot, Narcisse’s unique phrasing and tone convey a visceral sense that this is message music.” 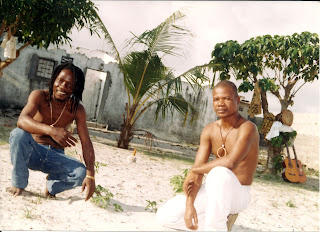 When Zieti played an outdoor concert in Western Cote d’Ivoire, on Yeoue and Tiende’s home turf, they had their Guere compatriots dancing in circles and cheering to the group’s hard-hitting lyrics. The crowd even demanded they play “Zion Do” twice, to ecstatic response followed magically by a flourish of rain. “That was one of the proudest moments of my musical life,” Owre exclaims.

But after Owre and Shereikis left in 1999, things got complicated. Ivory Coast descended into civil war. Tiende was called home to one of the most violence-wracked areas of the country, resurfacing after months of silence, during which the other members feared he was dead. Yet Zieti managed to stay connected, and Shereikis arranged for local studio time for Yeoue and Tiende via an Ivorian contact he met at an African record store in DC.

The resulting cassette, full of MIDI-driven production, didn’t make much of a splash in Ivory Coast, but became the core of Zemelewa. Struck by the continued power and beauty of the band’s work, and deeply frustrated with the production approach favored in Abidjan, Shereikis set about to recast the songs, drawing on his exhaustive knowledge and passion for African pop music—from West African funk-inspired sounds to Congolese rumba. As Yeoue told Shereikis, “We’ll sing and play guitar, and you dress it up.”

Tracks began flying back and forth from Maryland to Maine where Owre had settled, as the American side of the project emerged. Through Grigri Discs, a label and incubator for the Afropop scene in DC, Shereikis recruited masterful players of everything from sax to slide guitar, including bandmates in Chopteeth Afrofunk 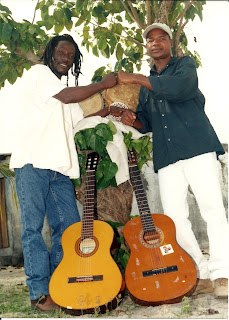 Big Band and émigré musicians he knew from around DC. Now more lushly arranged, Zemelewa channels the band’s original spirit, first formed on the sand across the ocean long before.

“I fleshed out what we had done together, the way I remembered it as we played and recorded it,” Shereikis notes. “I added a few other colors and elements to give it a bit of edge. None of these choices were calculated, beyond my hope that they would make Narcisse and Laurent  happy and give this music its full worth.”

For Zieti, the music and message don’t stop with the herculean effort of finally making their debut album. The group is now working together to help struggling artists harness their creativity by providing instruments to Ivorian musicians, lack of which is one of the key reasons MIDI production rules the day there. A first shipment of instruments was recently delivered to Yeoue, who has rented a small rehearsal space near his home in Abidjan, a place poised to become a community music hub.

“The project we started with the instruments is very important,” Yeoue says, “and that’s what’s going to make the difference. Our work together proves what can be done, no matter how far apart or how different we seem from one another.”