March 2012 Concerts at the Royal Conservatory of Music in Toronto

TORONTO - March brings the start of the new Kabaret at Koerner! concert series in high style as Max Raabe and Palast Orchester return to Koerner Hall for two nights, having sold out  their performance at The Royal Conservatory  two years ago. The audience is transported to the Berlin cabaret circa 1920s with authentic dance band arrangements of classics by Kurt Weill, Cole Porter, and Franz Lehár, performed with elegance and humour in both German and English. “Like Fred Astaire, [Raabe] can croon his way to tenorial highs or dip to playfully earthy basso lows.” (The New York Times) Celebrating the release of their latest CD, One Cannot Kiss Alone, the concerts on March 8 and 9 were made possible with the help of Presenting Partner, the Goethe-Institut Toronto. 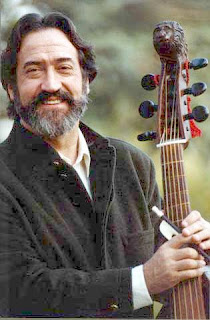 Spanish viol master Jordi Savall (pictured), joined by his Hespèrion XXI ensemble and Tembembe Ensamble Continuo from Mexico, make their Koerner Hall debut March 1. In a program titled “Folías Antiguas & Criollas from the Ancient World to the New World,” they perform works by the foremost Baroque music composers from the Old Spain, the Mexican Baroque, and the living Huasteca and Jarocho traditions.

For something completely different, Sō Percussion is joined by Canadian turntable artist/composer Nicole Lizée and electronics wizards Dan Deacon and Martin Schmidt (from Matmos), to celebrate what would have been John Cage’s 100th birthday with a big bang from vibraphones, drums, aluminium space blankets and beer cans, birdcalls and horns, custom synthesizers, laptops, and, of course, an amplified cactus! Presented in partnership with Soundstreams. On March 2, the program includes John Cage’s Credo in Us; Imaginary Landscape #1; Quartet for Percussion, from She is Asleep; Inlets (Improvisation II); 0'00"; Duet for Cymbal; 45’ for a Speaker; and Third Construction. Also on the program are Needles by Sō Percussion/Matmos; 24x24 by Sō Percussion; “Bottles” from Ghostbuster Cook: The Origin of the Riddler by Dan Deacon; and a world premiere written by Nicole Lizée: White Label Experiment (for John Cage), commissioned specially for the evening.

One of the world’s great string quartets, the Takács Quartet plays Franz Schubert’s Quartettsatz in C Minor and Ludwig van Beethoven’s String Quartet No. 14 in C-sharp Minor, and is joined by rising star Korean pianist Joyce Yang for Antonín Dvořák’s Piano Quintet in A Major on March 11. In a very special event on March 17, British cellist Colin Carr takes on the complete Six Suites for Unaccompanied Cello by Bach in the intimate Mazzoleni Concert Hall in historic Ihnatowycz Hall. Carr will also give a series of master classes 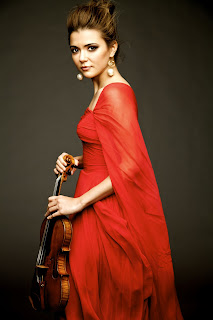 Upcoming vocal performances include acclaimed English tenor Ian Bostridge joined by pianist Julius Drake on March 4 in a program that includes Robert Schumann’s Liederkreis and 13 songs by Johannes Brahms, including Es träumte mir, Auf dem Kirchhofe, Sommerfäden. Always a highlight of the concert season, The Glenn Gould School Opera presents its annual staged opera in Koerner Hall on March 21 and 23. This season, the talented young singers join forces for Francesco Cavalli’s La Calisto. This 17th century Venetian opera, with libretto by Giovanni Faustini, explores the journey between gods and mortals in their relentless pursuit of love. It is conducted by Adam Burnette and directed by Brent Krysa, with sets by Michael Gianfrancesco, costumes by Erika Connor, and lighting by Kimberly Purtell.

Myriad of world cultures take the stage at The Conservatory throughout March. Toronto’s groundbreaking Art of Time Ensemble showcases Brasil on March 3, featuring legendary guitarist and composer Guinga, singer/songwriter Luanda Jones, soprano Shannon Mercer, a group of eight cellists, a rhythm section, and a host of other Canadian musicians. They explore the full range of Brazilian music with songs by Villa-Lobos and Antônio Carlos Jobim in this concert, presented in partnership with the Arts of Time.

Tango gets the heart pumping at the hands of and Karen Gomyo (pictured above) with Pablo Ziegler on March 25. The first half of the program in this concert includes Johannes Brahms’s Scherzo in C Minor for Violin and Piano (Sonatensatz) and Ballade No. 4 in B Major, Johann Sebastian Bach’s Sonata No. 3 for Violin and Piano in E Major, and Béla Bartók’s Allegro from Violin Sonata No. 1 in C-sharp Minor with Alessio Bax on the piano. The second half of the program features works by Ástor Piazzolla such as Fugata, Mumuki, and Libertango, and original works by Pablo Ziegler, such as Desperate Dance and Muchacha de Boedo. Gomyo is joined by Argentine pianist Pablo Ziegler, who was the legendary Piazzolla’s pianist, Hector Del Curto on bondoneon, Pedro Giraudo on double bass, and Claudio Ragazzi on electric guitar. 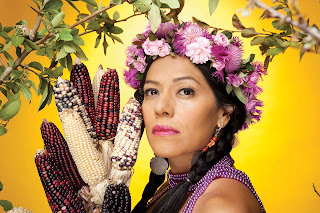 Mexican culture could not be more evocatively explored than by Lila Downs (pictured) on March 7. Downs’s new multimedia concert transcends categorization. Both earthy and ethereal, she recasts the grand narratives of religion in light of contemporary issues while adding a visual component to the music by commissioning a series of Mexican devotional paintings (which will be projected on a screen during her concert) thematically connected to each song on her new album, Pecados y Milagros (Sins and Miracles).

One concert takes place in Mazzoleni Concert Hall in March as part of the Discovery Series, featuring violinist Andréa Tyniec, one of the recipients of the new Glenn Gould School Fellowship Residency, and GGS graduate pianist Ben Smith. Their challenging program on March 27 includes Maurice Ravel’s Sonata for Violin and Piano, Eugène Ysaÿe’s Sonata No. 2 for Solo Violin, Op. 27 “Obsession,” Arvo Pärt’s Fratres for Violin and Piano, and César Franck: Sonata in A Major for Violin and Piano, M. 8. 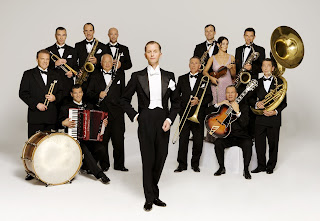 Postlude Concerts
Three Koerner Hall mainstage performances are followed by Postlude Concerts in the Leslie and Anna Dan Galleria, Lower Level: Anthony Szczachor follows the Art of Time Ensemble on March 3, students from The Glenn Gould School follow Karen Gomyo and Pablo Zeigler on March 25, and the postlude artist after Angélique Kidjo on March 10 is to be announced.

The Royal Conservatory and the Goethe-Institut are proud to partner on the Max Raabe and Palast Orchester performances on March 8 and 9. Both the Institut and The Conservatory are celebrating significant anniversaries this year – the Goethe-Institut its 50th and The Conservatory its 125th. Both organizations are deeply committed to advancing the arts and culture throughout Canada and have been pleased to partner on a number of concerts since Koerner Hall opened. The Goethe-Institut is the official German cultural organization worldwide and has reached more than 5 million Canadians over 50 years, and The Royal Conservatory has had a substantial impact on the lives of millions of people globally, providing the definitive standard of excellence in music education through its curriculum, assessment, performance, and teacher education programs.

Tickets are available online at www.rcmusic.ca, by calling 416.408.0208, or in person at the Weston Family Box Office