FEBRUARY AT THE ROYAL CONSERVATORY
Les Violons du Roy with Bernard Labadie and Maurice Steger, and Eliot Fisk in their Koerner Hall Debuts
Music From Across the Middle East Series Continues with Yasmin Levy and Omar Faruk Tekbilek, and Malek Jandali
Black History Month Celebrated with Concerts by Ravi Coltrane and Sweet Honey In The Rock

TORONTO - The month of February kicks off at The Royal Conservatory’s Koerner Hall with a concert by the Ravi Coltrane Quartet and the Christine Jensen Quartet featuring Ingrid Jensen on February 4, as part

of The Conservatory’s Year of Great Sax series. Coltrane, son of the legendary tenor saxophonist John Coltrane and jazz pianist Alice Coltrane, is one of the premier saxophonists of the post-bop era. In addition to his solo career, he is also a bandleader, composer, producer, and founder of the independent record company, RKM Music. The same night, Canadian saxophonist Christine Jensen  is joined by  her sister, trumpeter Ingrid Jensen, and her Quartet  for their Koerner Hall debut. Both Jensen sisters are Conservatory alumnae. Sweet Honey In The Rock, the Grammy Award-winning female a cappella ensemble, appears in Koerner Hall on February 10. Their repertoire is steeped in the sacred music of the Black church, the clarion calls of the civil rights movement, and songs of the struggle for justice everywhere, and the group sings unaccompanied, except for body and hand percussion instruments. Music From Across the Middle East concert series continues with Israeli Ladino singer Yasmin Levy and one of the world’s foremost exponents of Middle Eastern music, Turkish multi-instrumentalist Omar Faruk Tekbilek, on February 11.

Classical music concerts at Koerner Hall include Les Violons du Roy with “the world’s leading recorder virtuoso” (The Independent) Maurice Steger on February 5, all led by Bernard Labadie. The Juno Award-winning ensemble performs Baroque concertos by Georg Friedrich Händel (Concerto grosso in B-flat Major, Op. 6, No. 7, HWV 325 “Hornpipe”), Georg Philipp Telemann (Suite in A Minor for alto recorder, strings, and basso continuo, TWV 55: a2), Giuseppe Sammartini (Concerto in F Major for soprano recorder and strings), and Francesco Geminiani (Concerto grosso in D Minor “La follia” and Concerto per flauto No. 10 in F Major). Legendary pianist Leon Fleisher returns to The Conservatory on February 17 to both perform with and to lead the Royal Conservatory Orchestra. The program includes Maurice Ravel’s Le tombeau de Couperin, Ludwig van Beethoven’s Symphony No. 7, and Sergei Prokofiev’s Piano Concerto No. 4 for the Left Hand. Presented in association with the Toronto Guitar Society, “the king of the American classical guitar” (The New Yorker) Eliot Fisk appears on February 24. Fisk, who has transformed the repertoire of the classical guitar with his groundbreaking transcriptions, collaborations, and mesmerizing performances, plays Domenico Scarlatti’s Six Sonatas for guitar, Johann Sebastian Bach’s Ciaccona from Partita No. 2 in D minor, BWV 1004, Nicolò Paganini’s 24 Caprices arranged for guitar, and the Canadian premiere of Kurt Schwertsik’s Ein kleines Requiem, dedicated to Fisk. After the overwhelming success of Beethoven and Your Brain last season, neuroscientist and writer Dr. Daniel Levitin (This Is Your Brain on Music) and Kitchener-Waterloo Symphony Music Director Edwin Outwater take the audience to the next level in their exploration of what happens to the brain when one hears Beethoven's music. In this interactive performance on February 25, the audience gets a chance to vote on how different pieces of Beethoven’s music, including Overture to Egmont, Symphony No. 5 in C Minor, and excerpts from Symphony No. 9 in D Minor, “Choral,” and Symphony No. 3 in E-flat Major, “Eroica,” make them feel. The Glenn Gould School Concerto Competition Finals take place on February 9 and gives the audience a chance to hear the talented solo performers of The School compete for the opportunity to perform a concerto with the Royal Conservatory Orchestra during the 2012-13 season. The competition event is free.

Mazzoleni Concert Hall, located in historic Ihnatowycz Hall, hosts one of the Music From Across the Middle East series concerts on February 12, with Syrian composer and pianist Malek Jandali. Inspired by the folk and ancient music of Syria, and incorporating both Arabic music and Western harmony in his compositions, Jandali performs a unique program, titled Echoes from Ugarit, based on the oldest music notation in the world, dating back to 3400 B.C., discovered in the ancient city of Ugarit, Syria. “Dazzling and magical performances of his piano compositions [are] delivered with precision and passion" (Forward Magazine). Mazzoleni Masters concert series continues with pianist David Louie, violinist Marie Bérard, and cellist Bryan Epperson on February 19, with a program of works by Johannes Brahms. The works include Op. 99 for Cello and Piano Sonata, Op. 100 for Violin and Piano Sonata, and the Piano Trio in C Minor, Op. 101. Principal Bass of the Toronto Symphony Orchestra and touring member of Yo-Yo Ma’s Silk Road Ensemble, Jeffrey Beecher will perform works by Bach, Bartók, and Nino Rota, with Joseph Johnson, Principal Cello of the TSO, pianist Vanessa Lee, and others, on February 26. The Discovery Series includes 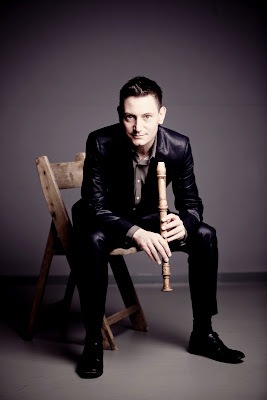 Presented in partnership with the Songwriters Association of Canada, Bluebird North: Where Songwriters Sing and Tell returns to the Conservatory Theatre on February 18. Hosted by Blair Packham, Rob Szabo (Toronto-based singer, producer, and songwriter) and Rik Emmett (vocalist, guitarist, and founding member of the Canadian rock band Triumph) perform their music and tell the audience about the inspiration, the song writing process, and even stories about the music business behind the songs. One more artist for the concert is to be confirmed soon.

Postlude Concerts and Prelude Recitals
Four of the Koerner Hall mainstage performances are followed by Postlude Concerts in the Leslie and Anna Dan Galleria, Lower Level: Alex Fournier Trio follows Ravi Coltrane on February 4, Lemon Buckets Orkestra follows Yasmin Levy and Omar Faruk Tekbilek on February 11, the Toronto Guitar Society follows Eliot Fisk on February 24, and the postlude artist after Sweet Honey In The Rock on February 10 is yet to be confirmed. New this season, the Royal Conservatory Orchestra concerts are now preceded by Prelude Recitals starting at 6:45pm and featuring the talented young students of The Glenn Gould School in chamber music settings.

(KH) – Koerner Hall; (MCH) – Mazzoleni Concert Hall; * Free admission
• Tickets are available online at www.rcmusic.ca, by calling 416.408.0208, or in person at the Weston Family Box Office
Create your own package: select any 4-6 concerts and save 10%; select any 7+ concerts and save 15%
A limited number of $10 rush tickets are available starting 90 minutes before all performances presented by The Royal Conservatory
classical music jazz koerner hall live music in toronto middle eastern music royal conservatory of music soul