'Frequency', an ensemble work for five dancers is an abstract exploration of the connections between individuals and how social cohesion is built and torn down. Individual frequencies clash, mingle and synchronize in a collective peak. The dancers perform with an honesty and immediacy, struggling with technologies from the last four decades: from cassette players to iPhones. Scenes blur the line between performance and reality, with dancers transitioning in and out of their “onstage” personas.

It was Ng’s experiences in Labrador in 2003 working with children in Innu communities that catalyzed her investigation of how traditions and cultural practices evolve and how changes in technology effects the way they are transmitted from one generation to the next. For the children in the Innu communities, as in Ng’s own childhood, Western radio predominated and profoundly shaped these cultures. The work doesn’t posit an answer, but sets the questions as starting points for the work on stage.

'Untitled Solo', performed by Ng and inspired by the ensemble piece, plays with ideas about the ceaseless 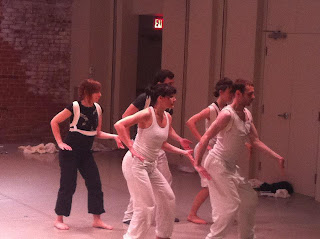 variety of distinct and entangled frequencies that exist within oneself. The piece provides an introductory narrative for the ensemble work. Employing cues from her own life, Ng explores the scope of our shifting experiences, desires and beliefs through time. The only constant within one's self is change.

The two pieces, although distinct, are complimentary, one informing the other; inviting the audience on journeys translated into movement, musicality, text and voice. tiger princess dance projects was founded in 1995, under the umbrella of princess productions to reflect Yvonne Ng's uniquely Canadian experience as an Chinese immigrant and visible minority. That experience has given Ng a perspective of Canada that is shared by many, and one that translates effectively to worldwide audiences. As a result, the company has established an international touring repertoire, which has received critical and commercial acclaim including eight Dora Mavor Moore nominations for performance and choreography. In 2007, Ng received the
“Premier’s Emerging Artist Award” as selected by dance artist Peggy Baker when she was awarded the “Premier’s Award for Excellence in the Arts”. 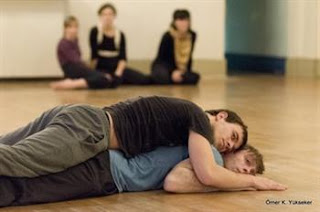 
Frequency from princess productions on Vimeo.