Wazimbo: the Golden Voice of Mozambique in Toronto March 8 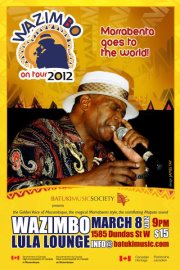 Humberto Carlos Benfica, known as Wazimbo, is one of the greatest voices of Mozambique and one of the most famous singers for the style of music called marrabenta. Wazimbo started his musical career in 1964 with the Silverstars (continued as a singer with the Geiziers), performing a colonial mix of international pop music with a Brazilian tinge in Mozambique’s capital Maputo. After independence from Portugal in 1975, Wazimbo was the only singer employed by state radio and worked with its band, ‘Radio Mocambique’.

In 1988 Wazimbo recorded with Orchestra Marrabenta de Mocambique, the popular ‘Harare Sessions’ in Zimbabwe as Mozambique did not have a recording studio or any music industry. During a recording break Wazimbo played his legendary ‘Nwahulwana’ ballad while the tape machine was still running, discovered 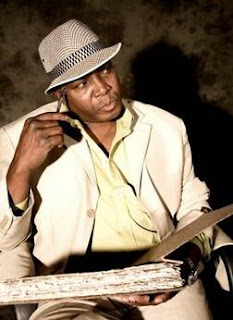 later in London when the mixing took place. The song was also used in the soundtrack to the Jack Nicholson film, ‘The Pledge’, directed by Sean Penn. The lyrics of the song translate like this; ‘You are a night bird, moving after dark from bar to bar…’

After becoming extremely popular in Mozambique, Wazimbo and Orchestra Marrabenta Stars toured Europe and released two CDs on Germany’s Piranha label. Both showcased a varied mix of dance styles plus the occasional, strikingly soulful ballad. The 90’s saw a return to peace in Mozambique, but by then there were no recording studios or music venues and the group finally disbanded in 1995. Since that time Wazimbo has had a solo career and recorded a CD in South Africa called ‘Makwero’.

Wazimbo will be accompanied by a Toronto lineup of musicians including Tichaona Maredza, Gordin Mapika, Larry Lewis, Ruben Esguerra and Sam Petite.