World Premiere: The Happy Woman on Stage March 5 - 24 in Toronto 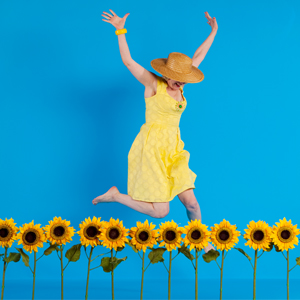 Maev Beaty and Barbara Gordon star in the World Premiere
of The Happy Woman
March 5 to March 24, 2012 at The Berkeley Street Theatre Downstairs
Produced by Nightwood Theatre

Toronto, ON… Nightwood Theatre is thrilled to present the World Premiere of Rose Cullis’ The Happy Woman. The play will open March 7 and run until March 24, 2012 at The Berkeley Street Theatre downstairs. Fast on the heels of success with The Penelopiad and reuniting the same production trio of Thornton, Karn and Purtell, Nightwood is delighted to bring this new Canadian play to the Toronto stage.

Cassie wants to be normal, Christian wants to be perfect and Margaret just wants to be happy. But what's lurking beneath this family's glossy veneer? The Happy Woman is a darkly comic exploration of what happens when bliss gets in the way of truth and threatens to destroy the very foundation we rely on. 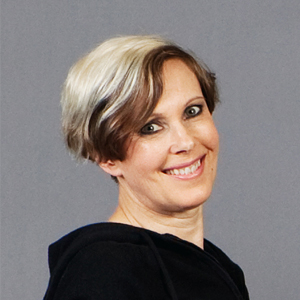 Cullis’ play explores our struggle for “the pursuit of happiness” and the tension between truth and idealism. It depicts a few months in the life of a seemingly typical middle-class family. Margaret, the matriarch of the family, eagerly awaits the birth of her first grandchild. Her son Christian aims to pacify his wife Stasia who is beginning to unravel as her due date approaches. Her daughter Cassie, a ‘colourful’ performance artist, is unhinged and possibly manic. Is she merely a narcissist or is her behaviour a fair response to the family secrets she’s keeping under wraps? Her impulse to tell the truth conflicts with Christian’s desire to keep all things status quo as he prepares for fatherhood. Margaret seems oblivious to these conflicts as they come to a head and does her best to be “happy, happy, happy” while Margaret’s neighbour, BellaDonna keeps commentary throughout.

Kelly Thornton, Nightwood’s Artistic Director and Director of The Happy Woman, remarks, “Cullis’ play is provocative in its themes and yet savagely funny in its execution. Her whimsical sensibility is matched by a fierce wit as she paints this larger than life portrait of family dysfunction like no other. I am thrilled to bring this world premiere to the stage.” 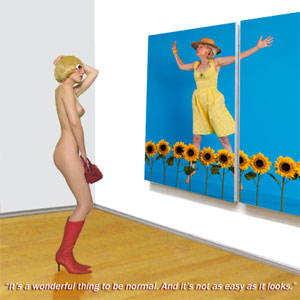