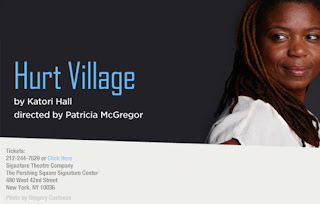 It’s the end of a long summer in Hurt Village, a housing project in Memphis, Tennessee. A government Hope Grant means relocation for many of the project’s residents, including Cookie, a thirteen year-old aspiring rapper, along with her mother Crank and great-grandmother Big Mama. As the family prepares to move, Cookie’s father Buggy unexpectedly returns from a tour of duty in Iraq. Ravaged by the war, Buggy struggles to find a position in his disintegrating community, along with a place in his daughter’s wounded heart. A bold, gritty and devastating work, HURT VILLAGE earned Katori Hall (pictured) the prestigious Susan Smith Blackburn Prize, given annually to an outstanding female playwright. HURT VILLAGE has received a 2011 Edgerton Foundation New American Play Award from TCG. 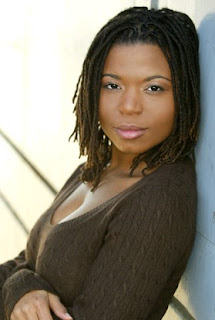 • Single tickets are now on sale for HURT VILLAGE at the Romulus LInney Courtyard Theatre.
• All regularly priced single tickets ($75) for the initial run of the show will be made available for $25 through The Signature Ticket Initiative: A Decade of Access.
• Tickets and season subscriptions can be purchased by calling the Box Office at 212-244-7529 or online at www.signaturetheatre.org.

Signature Theatre recently announced its pledge to A Decade of Access, the next phase of the Signature Ticket Initiative, an unprecedented program which makes great theatre accessible to the broadest possible audience, which Signature initiated in 2005.  For the next ten years, Signature is committed to making all regularly-priced subscription and single tickets ($75) during the initial announced run available for $25. Signature is committed to raising the $20 Million in funds needed for A Decade of Access and is pursuing lead sponsorship.  Seed funding has been provided by Margot Adams, Time Warner Inc., the Rockefeller

Brothers Fund, and in part, by public funds from the New York City Department of Cultural Affairs, in partnership with the New York City Council. Signature is also pleased to welcome the Ford Foundation as a new supporter of the Signature Ticket Initiative.