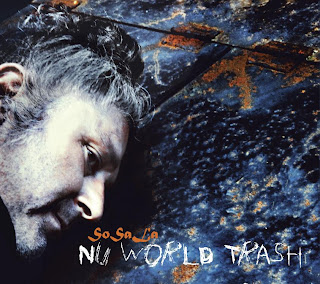 The CD release party for Nu World Trash  is set for March 6 at Manhattan's Nublu (62 Ave C, between 4th and 5th Street in the Lower East Side. 9pm to 11pm – Ticket: $10), with Sohrab on sax and vocals, Damon Banks on bass, Michael Wimberly on drums and djembe, and Sinan Gundogdu on oud,  with openers Al-Amar Ensemble.

NEW YORK CITY - Nu World Trash is SoSaLa's debut release, on NYC’s DooBeeDoo Records, but continues the long career of Sohrab Saadat Ladjevardi - saxophonist, soundtrack composer, editor of the on-line music magazine DooBeeDooBeeDoo, music activist and martial arts master (formerly of groups The Tehran-Dakar Brothers, and SADATO ). Whether blasting his horn in front of the United Nations in support of the Green Movement for Iran, gigging around town, or playing on the streets of the city, Sohrab's presence in NYC can be felt, and through the new music on this CD the essence of those experiences are captured.

SoSaLa fuses open jazz with world music, with a particular emphasis on the Persian influences that come from Sohrab Saadat Ladjevardi's native Iran. On sax, Sohrab draws from his time playing with legends like Salif Keita and Ornette Coleman (whom he currently plays with on a regular basis in master classes), and Bachir Attar of the Master Musicians of JaJouka, as well as his time spent living in Switzerland, Germany, Japan, and now New York City. His bold original sound ranges from the soulful and melodic to the brash 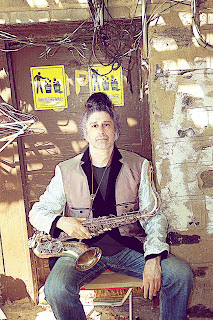 and contemplative, with swells of Middle-Eastern infused blowing tangled throughout.

"I came to NYC in 2008", says Sohrab, "But I'm oriental and have lived in many different worlds. I grew up in Switzerland and Germany, but moved to Japan when I was 19. I gave up everything I had in Japan at age 55 to come here because I felt it was my last chance to do something I really believe in, through my horn. I thought maybe there would be a niche for me here, after 9/11, as a Muslim who is a good person."

On tracks like the opener, "Ja-Jou-Ka", Sohrab quickly establishes the soulful intensity that is a theme of the whole release, and calls out in his spoken word vocals for unity and freedom. "Alone I am nothing, but together, we are winners, we are powerful!" (From the track "Welcome New Iran"). The musical tradition between Persia and Morocco, kept alive by the Master Musicians of JaJouKa, is honored here also.

"Welcome New Iran" grew out of Sohrab's involvement with the Green Movement for revolution and change in Iran, a movement which began in June 2009 amid protests inside Tehran against the oppression of Ahmedinejad and the Ayatolla. Untold numbers of people were killed and jailed, yet unlike the Arab Spring  which swept other parts of the world, the Green Movement has not been successful. It is Sohrab's hope that revolution and change can one day find a home in the land of his forefathers. For that, this song is dedicated.

"Khorasan" is a plaintive tribute in sound to his favorite province of Iran. "Vatan Kojai?” Farsi for "Where Is My Country", finds him questioning his identity and roots. "Happy April Fool's Day" (he was born on April 1), shows of his playful Dadaist side. "NY's Sa-Si-Su-Se-So" is a reworking of an older tune, about his surprise with some of his expectations of NY. "Sad Sake" is a melancholic tune inspired by a similarly-named song made famous by the Japanese Enka singer Hibari Misora. This, however, is an original song, as are all of the songs on Nu World Trash, except "Khorasan", which is an arrangement of a traditional Iranian song. "Everyday Blues" finishes the CD, expressing the ennui of the everyday, with a sly wink, and a desire to enjoy the simple things of life, even as the droll realities get to you. 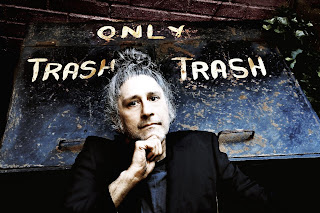 The players assembled for the recording reflect the eclectic tastes of their leader.

Born and raised in the Bronx, New York, bassist/composer Damon Banks has performed with and /or recorded with some of the entertainment industry’s brightest stars, creative artists and innovative musicians, including George Benson, Peter Gabriel, Caetano Veloso, Angelique Kidjo, Hassan Hakmoun, Chico Hamilton,  Arto Lindsay, The Neville Brothers, Wadada Leo Smith, KRS-ONE, Marc Ribot,  DJ. SPOOKY, and Saul Williams. Swiss Chris performed on drums, and has been heard previously with John Legend, James "Blood" Ulmer, Billy Cox, Mos Def, Dead Prez, KRS-ONE, and many others. Massamba Diop contributed on talking drum (tama) and is internationally famous for his work with Baaba Maal and his Daande Lenol Orchestra, as well as his own Senegal-America Project. 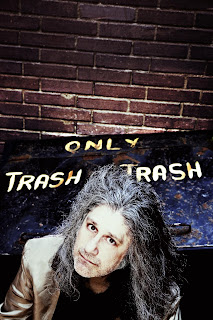 Throughout the recording process at BC Studio in Brooklyn, producer Martin Bisi (famous for his work on the NYC scene since the 70's with artists like John ZornSonic Youth, Elliot Sharp, Ginger Baker, Bootsy Collins, and Jim Jarmusch, on Down By Law) oversaw all the sessions and lent his unique vision to the process.

The Al-Amar Ensemble is a new group to hit the NY scene, assembled by Timba Harris of Secret Chiefs 3 on the heels of his recent move from Seattle, in collaboration with drummer and percussionist, April Centrone (New York Arabic Orchestra, Secret Chiefs 3), and featuring Harris' longtime colleague / renowned composer Gyan Riley on guitar, and stunning oud player and luthier, John Vergara (NY Arabic Orchestra). The combination is a new avant-garde, marrying Arabic music and tarab with rock, soul, sensuality and intense energy.

This is the premiere performance of Al-Amar Ensemble, and SoSaLa is excited to be joined by an Arabic influenced group for a night of Nu Iranian and Nu Arabic music.