If you like your jazz hip, modern and accessible the Nick Moran Trio delivers on all three counts in their brand new release, No Time Like Now. Nick Moran's crystal clear guitar playing 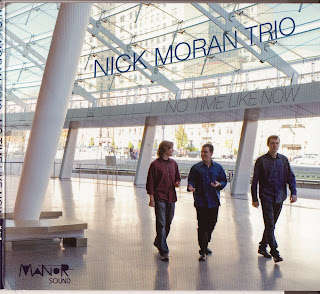 combines with the unmistakeable sound of Brad Whiteley's B3 organ and drummer Chris Benham for a sound that's fresh yet familiar and with enough variety between tracks to make for a thoroughly enjoyable listen.

The organ adds a warm, thick sound to round out Nick's liquid guitar and Chris' crisp drumwork in melodic compositions, with the bar set high for playing chops that dazzle but don't overwhelm. The CD features a range of moods from hot riffs to contemplative moments, sophisticated to warm hearted to funky grooves. Born and raised in New York City, Nick's early inspiration was rock and blues and that shows in the first track that deconstructs Cream's "Strange Brew". All the other tracks are originals, some that came about with sadness as his muse. "Some of this music was inspired by loss," Nicks says in a release. "I wanted to capture the immediacy of the moment, the preciousness of the time we have together." 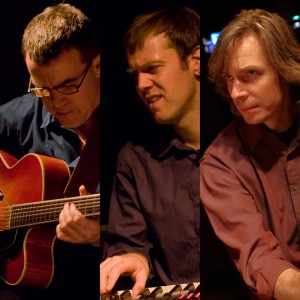 Track 8, Natalya, was written as a funeral march in honour of Chechen human rights activist Natalya Estemirova, who was assassinated in 2009, and the title track was inspired by a phone call with a close friend that would turn out to be their final communication before his sudden demise.

Personal highlights: I loved the interplay of silvery cymbals and golden guitar licks in songs like My Beautiful and the dancey funk of Slow Drive. The guitar is paramount but he does let the organ take some juicy solo turns and the playing's tasteful and discerning. There's really not much not to like about No Time Like Now.

If you're in New York City clubs, you may see Nick playing with a variety of rock bands and other ensembles including the Ray Santos Orchestra, and he also runs his own production studio in Brooklyn. The CD Release party is Friday March 9 in New York City.