“The first time we heard Canada-based DJ collective A Tribe Called Red’s dubstep mixes of Native American drum circles, we knew something really cool was going on in Ottawa…they are the originators of a new sound” – MTV 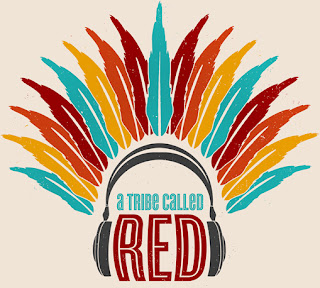 “ It’s an urban aboriginal experience that is not only building buzz on blogs and MTV, but is also focusing attention on a traditional form of music that doesn’t exactly get mainstream radio airplay.” – The National Post

OTTAWA - Bursting forth from Canada’s capital, native Producer/DJ crew A Tribe Called Red is making an impact on the global electronic scene with a truly unique sound. Made up of three members – two-time Canadian DMC Champion DJ Shub, DJ NDN and Bear Witness – the group has created a signature style called powwowstep, a mix of traditional pow wow vocals and drumming with cutting-edge electronic music.

DJ Bear Witness doubles as the crew’s visual artist and creates stunning, political and sometimes humorous videos that incorporate film and pop culture references to native people and reclaim the aboriginal image. They’re known for creating and running the Electric Pow Wow events in Ottawa, which showcased native talent and aboriginal culture, alongside an open and wild party, and are, in a sense, the most recent evolution of the pow wow event.

Since starting out in late 2010, A Tribe Called Red has gained popularity not only within urban club scenes, but also with the youth on many native reservations. Within a couple years, they became the face of Urban Native youth renaissance, proudly championing their heritage while being on top of popular music, fashion and art. 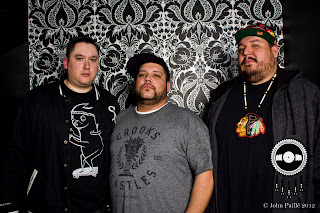 A Tribe Called Red is ATCR’s first album to date and shows the diversity of their production skills, sounds and inspirations including Jamaican music, Hip-Hop, Electronica and of course cries songs and native music.

It contains some outstanding songs like “General Generations”, the result of a collaboration with UCLA’s ethnomusicology department. The track is a reinterpretation of an early XXe cylinder recording of a singer who might be Dj Shub’s great grand-father. “Woodcarver” was written in memoriam of John T. Williams, a Native woodcarver shot by Seattle’s police with no charge being pressed against the guilty officer.