On ‘Ya’, the critically acclaimed retro rock group that Jon Pareles of the New York Times described as “mid-1960s garage rock and psychedelic,” takes post-punk, garage rock and avant-garde to new heights. 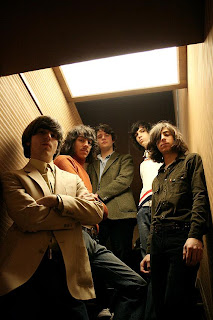 Banda de Turistas formed in 2006 when the 5 artists were only 18 years old and quickly turned heads across their hometown of Buenos Aires. The retro rock group soon caught the ear of local rock icon Babasonicos frontman Adrian Dargelos as well as Pulp’s legendary vocalist Jarvis Cocker, who asked them to open several shows in Buenos Aires. Banda de Turistas made their US debut later at New York City’s iconic Mercury Lounge and have continued gathering a passionate fanbase across the Americas.

• The new album from Argentine retro rockers Banda de Turistas ‘Ya’ was released February 28, 2012 in the US, available now at iTunes for only $5.99!