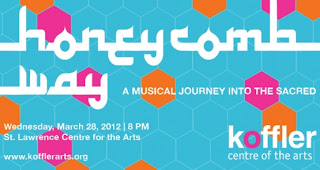 [Toronto ON]  The world is simply a better place for music. All music. The Koffler Centre of the Arts knows this and is all about fostering cultural collaboration – knowing that a platform of understanding between cultures is essential to bridging gaps between us, setting the stage for greater appreciation of our similarities and our differences.

Honeycomb Way: A Musical Journey into the Sacred is a project of the Koffler celebrating Jewish musical expression in innovative ways – and this is exactly what will take place on Wednesday, March 28 at 8pm at the St. Lawrence Centre for the Arts.

World-renowned musicians, Yair Dalal (an Israeli of Iraqi-Jewish descent) and New York-based Frank London (The Klezmatics) will spend a week in residence at the Koffler Centre of the Arts for the purpose of collaborating with a diverse group of top Toronto musicians to explore and create new music together – to be premiered at this grand, not-to-be-missed event.

This unique coming together of many cultural perspectives will present a marriage of Middle Eastern and Eastern European Jewish music together with Canadian perspectives to create a truly global result. As part of their residency, Dalal and London will also offer public talks and master classes and will meet with students across the GTA. The master class participants will join the core nine-piece ensemble on stage at the St. Lawrence Centre performance – truly bringing community together 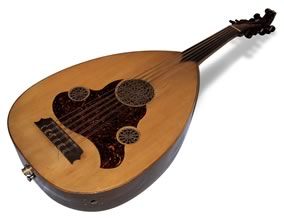 World music at its finest and most spontaneous will come together as Dalal – known for his compositions incorporating violin, oud and vocals drawing on Iraqi-Jewish music and the sounds of the Bedouins – and trumpeter London – a prolific composer and player in many projects, notably the Grammy-winning group The Klezmatics and Hasidic New Wave – collaborate with a who’s who of Canadian talent to form the Honeycomb Way ensemble: including five time Percussionist of the Year (Jazz Report Magazine), Rick Shadrach Lazar (Montuno Police; Samba Squad); Lenka Lichtenberg – a composer and vocalist originally from Prague who sings in Yiddish, English, Czech, French, and Hebrew; Demetrios Petsalakis – a Greek-born, player of multiple stringed instruments (oud, electric guitar, bouzouki); Debashis Sinha – a South Asian-Canadian world percussionist, noted electronica pioneer and video artist; Waleed Abdulhamid – versatile multi-instrumentalist and film-maker with deep roots in his Sudanese birthplace and the surrounding musics of Egypt, Syria and Kuwait; Aviva Chernick – powerful lead singer of the Juno-nominated Jaffa Road who specializes in Balkan Ladino repertoire and composes contemporary prayer; Maryem Tollar – an Egyptian-born Canadian vocalist and qanun player who specializes in traditional Arabic music as well as original compositions.

The possibilities are endless as Honeycomb Way blends rich Jewish musical traditions with the influence of other world cultures, rhythms and sounds to create something unique and powerful for this special once-in-lifetime performance.

The repertoire for this world premiere will draw on Jewish spiritual music that is not widely known or understood, even in the Jewish community. The core material will be new interpretations of piyyutim (liturgical poems set to music) and nigunim (spiritual melodies) but you don’t need to be Jewish (any more than you have to be Christian to enjoy Gospel) to be moved by the end result – a one-of-a-kind 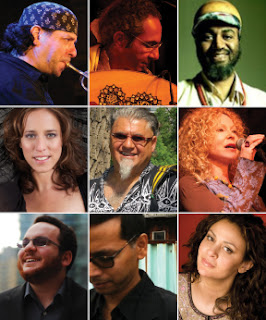 coming together of musical minds. Join these two world music master musicians and a diverse Canadian cast and your soul will be lifted and stirred regardless of your background – and you’ll leave with an enhanced appreciation for the world we live in.

Which is the point – and a promise.

About the Koffler Centre of the Arts
Koffler Centre of the Arts is Canada's only cutting-edge contemporary, multidisciplinary Jewish cultural institution. It has a broad mandate to serve all, and present a wide range of artistic programs through a global lens in a specifically Canadian context.
jewish music live music in toronto middle eastern music st lawrence centre toronto world music yiddish music