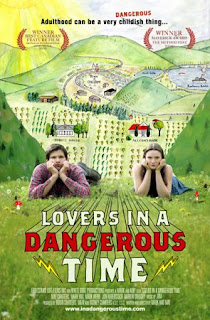 Review:
KINOSMITH  presents
LOVERS IN A DANGEROUS TIME
A film by Mark Hug and May Charters

Two little kids play in a leafy yard, a boy and a girl aimlessly yet happily wandering in search of backyard adventures.

Allison Adamson is the small town girl who supposedly made good - and who we see getting fired from her book illustration gig shortly after the opening credits. Todd Timmins is the boy who stayed behind to mind the apple and cherry farm with Dad while his younger brother went on to fame, fortune and glory in the NHL. They meet again at the 10 year high school anniversary, that slippery point between leaving childhood behind definitively and the beginnings of an adult life that doesn't seem so promising.

Lovers in a Dangerous Time seems almost an overstatement as a title - the "danger" here is subtle and nuanced. After a drunken sexual encounter between the two that ends embarassingly, Allison and Todd decide to simply slip back into their childhood mode of playful companionship, and leads May Charters and Mark Hug have a nice onscreen chemistry that lights up the heart of the story. 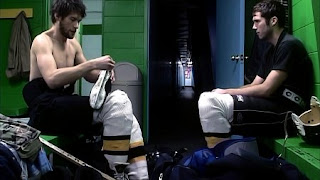 In its gentle and unhurried way, the film tackles those big "real life" questions. The pair of them get along famously as long as they're in their childhood world of just two; when real life intrudes, it brings more awkward moments and a distance between them. Can their relationship survive in the adult world, where sometimes dreams have to be abandoned and the demands of rent and bills have to be fulfilled?

The directors integrated their filming into an actual, real-life, 10-year high school reunion with eight placed actors, four cameras and no second takes, all in the spirit of giving the film a sense of realness. This keen passion for honest and true to setting storytelling earned Mark and May, "The Maverick Award" at its Method Fest Premiere in Los Angeles. Following that, the film went on to win several awards, some of which include, "Best Canadian Feature Film," at the Okanagan International Film Festival, and the "People's Choice Award," from the Calgary International Film Festival. 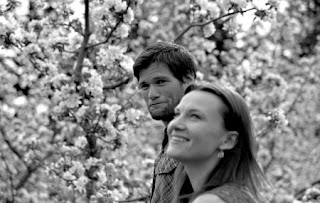 Mark Hug and May Charters are solid as the leads. Mark in particular brings a subtle approach in his portrayal of Todd's pained frustration - the guy who has to get up at dawn to tend the fruit trees while rich, successful younger brother Bobby parties on a rented houseboat. Mark Wiebe is believable as Bobby, the brother who's resentful of apologizing for his success, but some of the other supporting cast are a little wooden at times. The town of Creston, B.C. stars as itself with pretty, hilly scenery that changes through the seasons.

It's an understated film about growing up and facing the realities of the adult world - that moment when you realize a lot of it does kind've suck, but there may still be hope out there if you've got the guts to move forward.